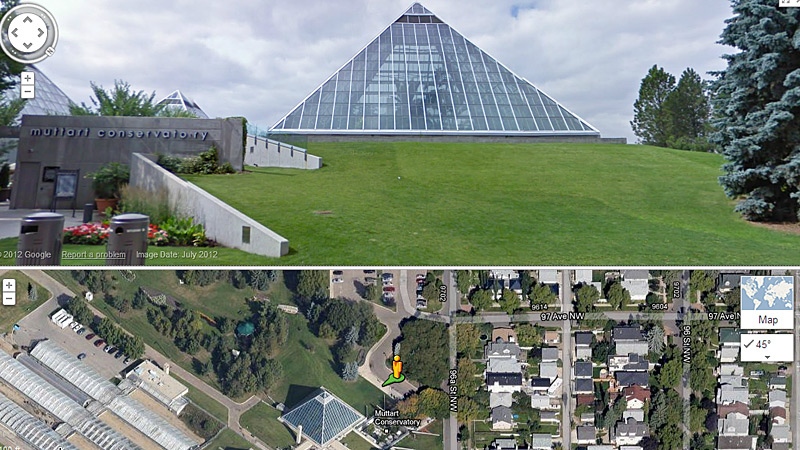 Edmontonians now have the option of checking out some familiar city landmarks from the comfort of their own home.

“I think it’s something that can help build more awareness and appreciation and pride in Edmonton,” said Carol Hurst with the city.

It’s an option that can be used by locals and those planning on visiting the city.

“It’s positive. It’s an option for everyone to use. If you’re local it’s a great way to go and explore your city online,” Hurst said.

“For people who may be planning a trip to Edmonton, it’s great too because it really gives you a sense of what city hall, what the river valley, what some of these places look like before you actually come here.”

Google says Street View was updated with the panoramic views for Canadian cities this week.

"Our goal at Google is to create the world's most comprehensive, accurate and user-friendly map available. We see Street View imagery as an important part of delivering on that ambitious goal."

Edmonton was among a number of Canadian cities selected by Google in expanding its Street View mapping project and Hurst says the city was honoured to be chosen.

“We were thrilled when Google contacted us,” she said.

“We’re thrilled about it because it’s another option, its another way for people to discover Edmonton and to explore Edmonton.”