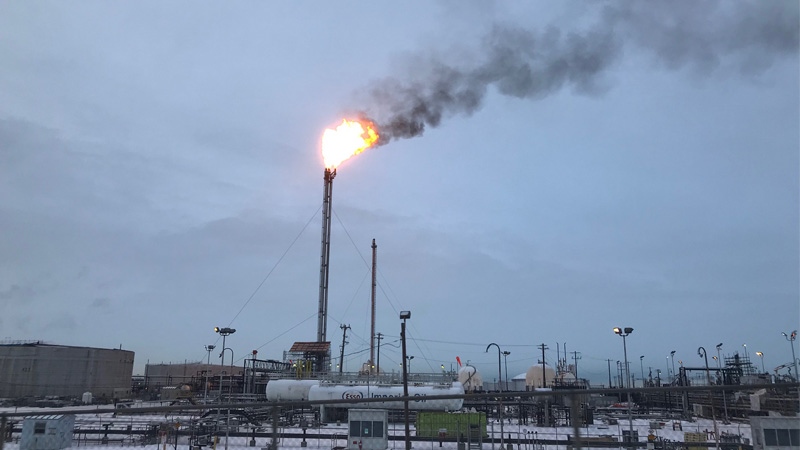 An operational issue at Imperial Oil in Sherwood Park caused a cloud of thick smoke in Edmonton. (Supplied)

He says the problem was caused by a compressor and a steam generator malfunctioning at the same time.

Air-monitoring stations in nearby Sherwood Park and east Edmonton registered no unusual changes in eight different emissions, including hydrogen sulphide and sulphur dioxide.

The flare caused major traffic on social media as well as on roads near the refinery as people pulled over to take pictures.