Grizzly bear found dead, shot in side near Grande Cache 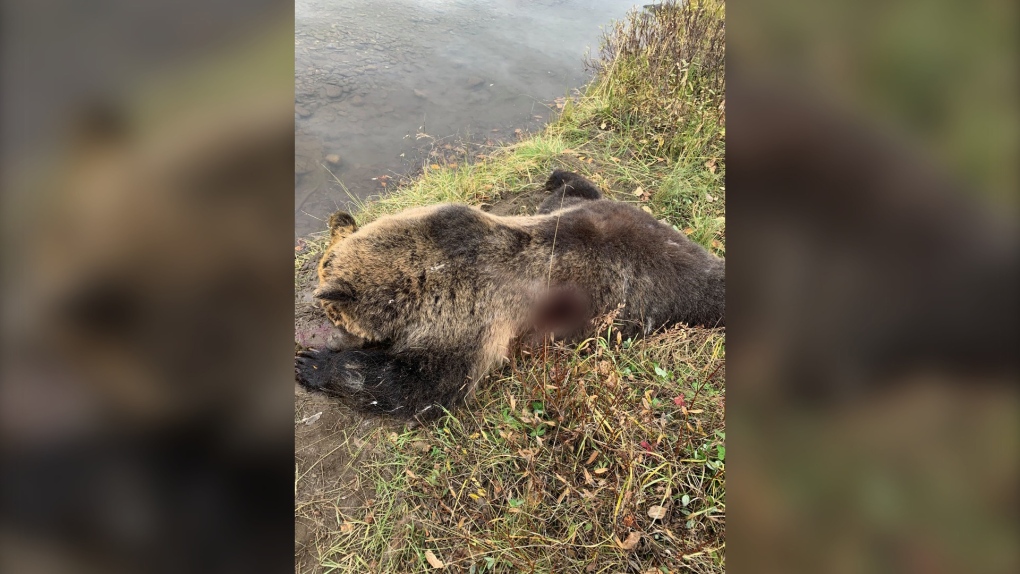 Alberta Fish and Wildlife officers found the large male bruin's body along the Big Berland River about one kilometre south of Highway 40. (Submitted)

EDMONTON -- Authorities are investigating after a grizzly bear was found dead with a bullet lodged in its side near Grande Cache, Alta.

Alberta Fish and Wildlife Enforcement said officers received a report of the dead bear on Oct. 2.

They found the large male bruin's body along the Big Berland River about one kilometre south of Highway 40.

"The bear appeared to have been shot and left a few days prior to the report," fish and wildlife said.

Hunting grizzly bears, which are considered a threatened species in Alberta, is illegal and can net a maximum fine of $100,000 as well as two years in jail.

A cash reward may be given to anyone who provides information that leads to charges being laid.