Groups call on feds to reject new mine in northern Alberta 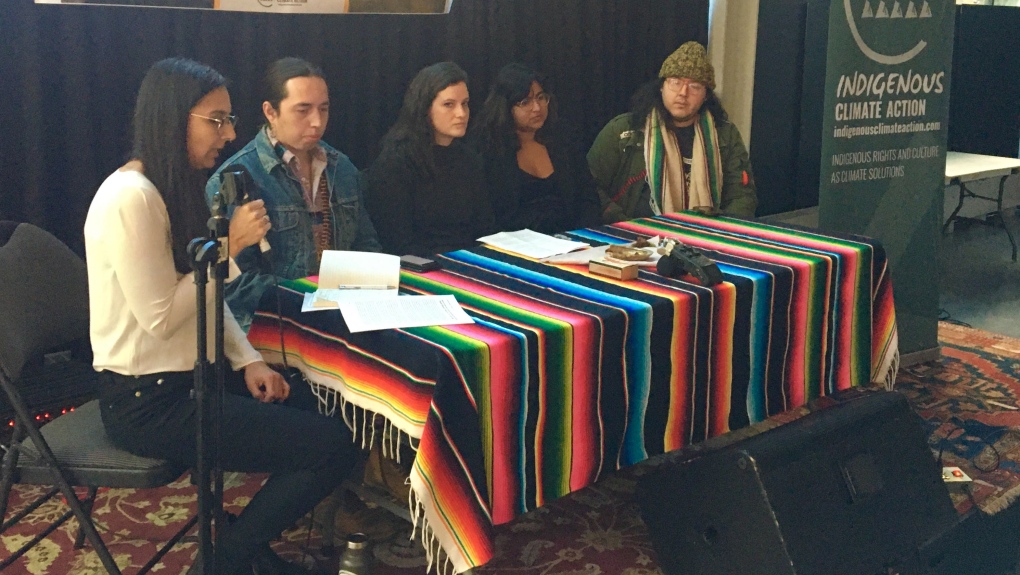 EDMONTON -- Several organizations are calling on the federal government to reject a proposal for a large open-pit oil sands mine in northern Alberta.

Vancouver-based company Teck Resources Ltd. wants to open the Frontier Mine, located approximately 110 kilometres north of Fort McMurray. It is the largest mine of its kind ever proposed in the region.

The project includes the construction, operation and reclamation of an oil sands surface mine with a production capacity of about 260,000 barrels of bitumen per day.

Indigenous Climate Action held a news conference in Edmonton on Friday with representation from Indigenous communities, students, scientists and workers from northern Alberta.

They want the newly-appointed federal environment minister, Jonathan Wilkinson, to turn down the project.

The group worries the mine will hurt the economy, eco-systems and communities surrounding the Peace-Athabasca Delta region.

“It is located on Treaty 8 territory in an area that has been untouched by industrial development and continues to be home to the last existing, free-roaming, disease-free herd of Wood Bison,” the group said in a news release.

“It also lies directly along the migration route for the only wild population of endangered Whooping Crane,” they said.

If the project is approved, the mine would operate for 41 years.