A horse found nearly dead in the Edmonton area last year is now helping others heal.

Valour was one of the horses the Alberta SPCA found abandoned at a farm in April 2018. Out of the horses that survived, he was in the poorest shape—emaciated and with sores covering his large body.

Karen Stevenson, the Alberta SPCA officer who found Valour, did not think he would survive the night.

"He was in a lot of distress when we found him, for sure," Stevenson told CTV News Edmonton. 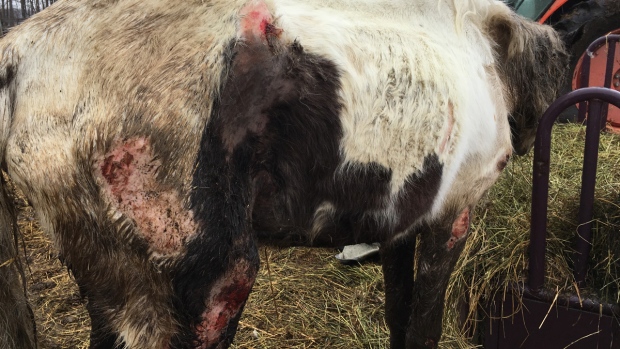 It took months for the paint horse to recover and when he was back to full health, his veterinarian turned to a woman who offers spiritual healing on her Morinville farm.

"I invite the horses as a herd and they come in freely, and they scan the client as one would if they're doing energy work," said Michele Keehn, the owner of Infiniti Trails 4 Healing. "They're looking for the blockages that are caused by emotional, mental, physical, spiritual that are caused by wounds, traumas."

Valour quickly became a good healer, Keehn said, and is a client favourite.

"He's stepping up to be the lead healer in this herd.

"He just totally fit right in and became part of the herd. He's a very, very powerful being."

Stevenson is amazed at Valour's progress.