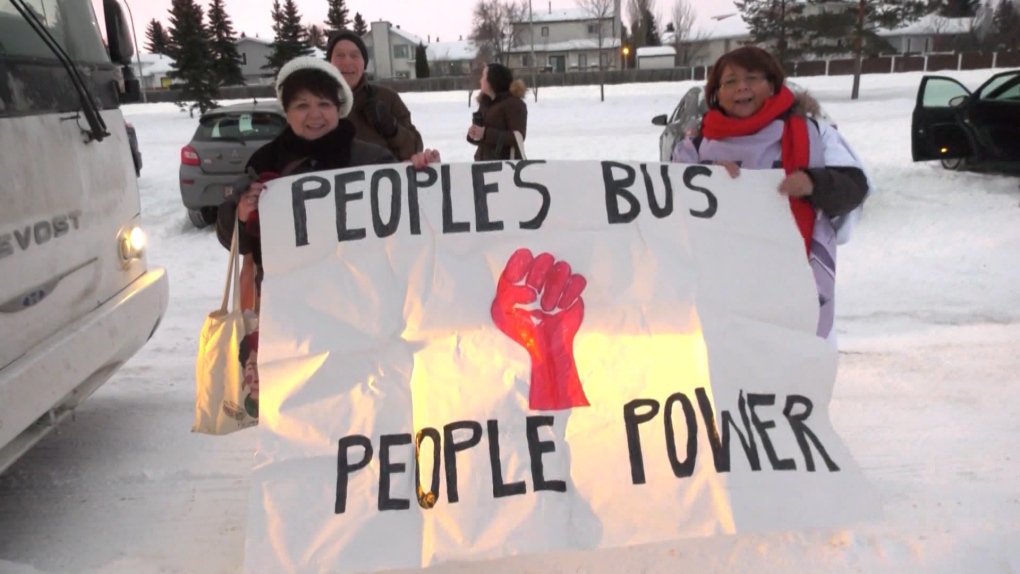 The People's Bus is driving from Edmonton to Calgary and stopping in Red Deer to protest cuts to health care. Feb. 12, 2020. (Matt Marshall/CTV News Edmonton)

EDMONTON -- A group of Edmontonians boarded the "People's Bus" Wednesday to spread awareness about cuts to health care.

The chartered bus was organized by Friends of Medicare and Public Interest Alberta and planned a stop in Red Deer to gather more supporters, before heading to its final destination in Calgary.

The group has its sights set on the office of Health Minister Tyler Shandro, with the plan to voice their concerns directly to the minister.

"Spirits are high. It's a little bit of a chilly day but people are really motivated I think to do something about the cuts this government is making," said Joel French, the executive director of Public Interest Alberta. "And this is something really tangible, that they can take a day to do and make a difference."

The busload of health care supporters have multiple concerns with the proposed cuts of the government is making.

"Directions like cutting people off the seniors drug plan, like laying off frontline health care staff and privatizing surgeries and seniors care. Those are the wrong directions," said French.

The group doesn't know if it'll have a chance to speak with the minister directly, but do plan on having conversations with members in his constituency.