'Heartbreaking news for the city': Joey Moss tributes continue to pour in

EDMONTON -- Joey Moss is being remembered in Edmonton and beyond as many look for a way to immortalize the local sports legend who died Monday at the age of 57.

“He's accomplished so much over the years and shown that no disability can stop you if you really try, I think that's just so inspiring,” said Emil Tiedemann. “I think that's what needs to be honored in our city not just politicians and famous sports stars.”

Tiedemann started a petition to have the downtown community arena renamed as the Joey Moss Community Arena. The plan is to send the petition to Edmonton city council once it has 5,000 signatures. The petition had reached over 1,500 signatures as of 5:15 p.m. Tuesday.

“It’s heartbreaking news for the city, especially to people who had the pleasure, and so many people had the pleasure, of meeting Joey,” said Mayor Don Iveson. “As mayor I got to meet him a number of times…just a delightful human being…it’s sad…he was a great guy.”

The High Level bridge will be lit up Tuesday night in blue and orange as well as green and gold in honour of Moss. 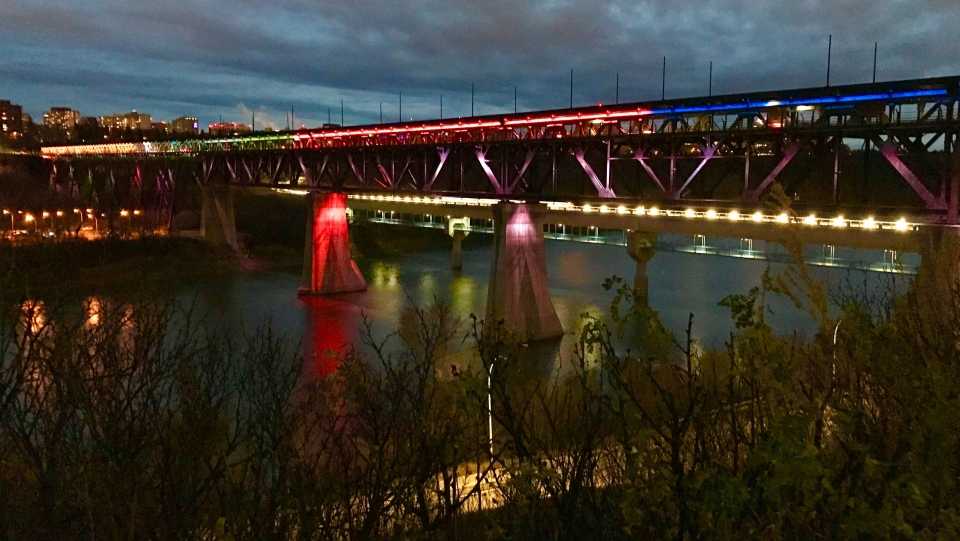 Moss’ time with the Oilers

Moss worked with the Edmonton Oilers for decades after Wayne Gretzky brought him to the team’s attention during the 1984-85 season.

“His love for life always brought a smile to anyone who met him. Whether it was a coffee before practice or a big hug after a great win or a tough loss, he would put life in perspective. He will be missed but not forgotten. Once an Oiler, always an Oiler. RIP, Joe," said Gretzky in a statement on the Oilers’ website.

“He was an icon of the team. He was there before us, he was there after us,” said Oilers alumnus Georges Laraque. “In tough days he would make you laugh. He sang for us.”

“He was part of the Oiler family but he was more than that. He was like a brother to all of us as players,” said Kelly Buchberger, another former Oiler.

“Joey represented everything good about the two sports teams and the city and it was just something that everybody could be proud of,” said Kevin Lowe, current Vice-Chair of the Oilers Entertainment Group and former Oilers player, coach and GM.

Moss also spent a lot of time working with Edmonton’s football club. Gretzky brought him to the team after he had been working with the Oilers for some time.

“When we scored he was ecstatic, I mean his arms were in the air,” said Dwayne Mandrusiak, who worked as the equipment manager for the team for 49 years. “When we lose, he felt bad because he felt he didn’t do enough. The players appreciated how much he gave to them.”

Mandrusiak worked closely with Moss, he reminisced about the time Moss spent with the team on The Jason Gregor Show on TSN 1260.

“We bonded very quickly… Back then I used to say he is the world’s most amazing man and he was.”

When Gretzky asked the team to give Moss a job he offered to pay Moss, but Mandrusiak said, “No, if Joe works here we’ll pay him."

At Commonwealth Stadium, the Edmonton Football Team had a memorial for Moss in the centre of the field. 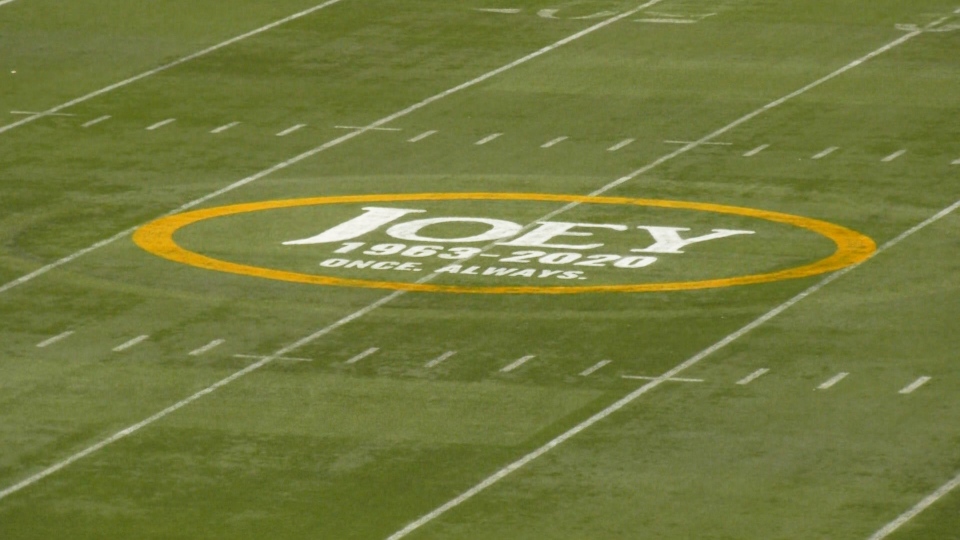 "Edmonton lost a hero today. Joey’s bravery, humor, strength, work ethic and perseverance in our dressing room and in our community left indelible impressions that will live with us all," the team said in a statement Monday.