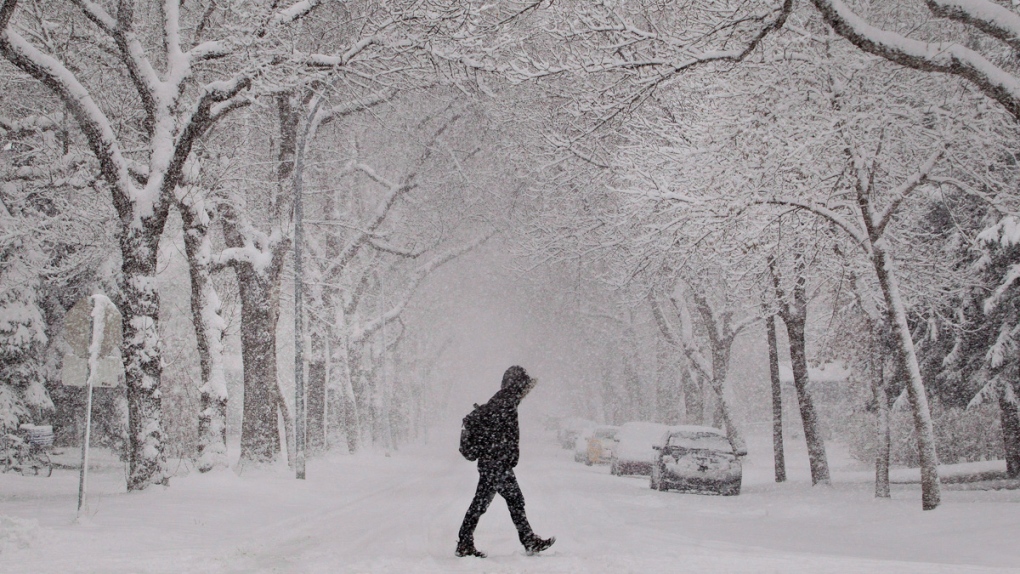 A pedestrian crosses a snow-covered street in Edmonton Alberta Wednesday November 7, 2012. Environment Canada has issued a snowfall warning for the Capital Region. THE CANADIAN PRESS/Jason Franson

EDMONTON -- Don’t take off those winter tires just yet—a snowfall warning is in effect for much of central and southern Alberta.

Environment Canada has issued a snowfall warning for the following regions:

A weather system from the Pacific will move through Alberta today, bringing with it 10 to 20 centimetres of snow to central and eastern parts of the province Saturday.

The heaviest swath of snow is expected from Forestburg to Cold Lake, according to Environment Canada.

Edmonton could see between 10 to 15 centimetres total, especially in eastern portions of the city.

The snow is expected to taper off Sunday morning when the system moves into Saskatchewan.

Anyone travelling on roads in those areas should watch for changing conditions and possible delays.