Here comes some more rain: This is your Edmonton forecast 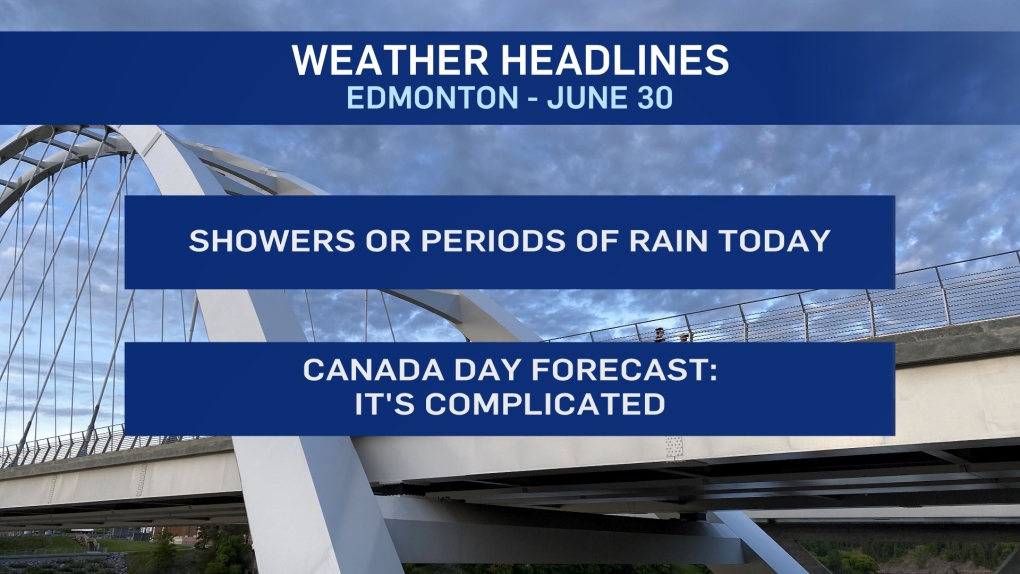 Going into today, the Blatchford weather station has received 82 mm of rain so far this month.

But, only 10 mm has fallen since the 15th.  So, the vast majority of that precipitation was loaded into the first half of the month.

We have an upper trough providing cool air aloft and a surface low moving north towards Edmonton.

That'll definitely bring some showers or periods of slow, steady rain to the city and surrounding areas today.

THEN, as that system moves further north, heavier steady rain could drop 50-80 mm on portions of west and northwest Alberta.

There are already a few weather statements issued by ECCC, with the possibility for warnings later today or tomorrow.

There's still a good deal of uncertainty with exactly where the heaviest rain will hit.

AND... there's still uncertainty with how quickly the rain moves out of the Edmonton region.

I think it PROBABLY moves off the WNW of the city Wednesday morning.

If you're hoping for blue skies and heat - you're outta luck.  I still have a 60% chance of showers in the forecast for tomorrow.

BUT, that looks to be mostly in the morning.

It's shaping up to be less likely that we're locked in under a solid day of rain tomorrow in the city and areas east and south.

To the west and NW, get set for a soggy Canada Day.