As kendo gains popularity in the Edmonton area, a local dojo is hoping to see two of their top students compete on the international stage.

Shion Miyashita and Nadia Leenders are hoping to represent their community, and Canada, at the 2024 World Kendo Championships in Italy.

Kendo is a full contact martial art from Japan, where it originated out of Samurai traditions. Practitioners use a bamboo stick, called shinai, to strike designated scoring areas on their opponents armour and earn points.

"It was designed to not preserve so much the technique of the sword fighters from Japan, but to preserve that warrior spirit and philosophy," said Jason Stelck, head sensei of Sturgeon Kendo in St. Albert.

"That whole idea of being able to throw away everything to accomplish your goal is what we work on as a primary core. And through that hard work and that ability to sacrifice, become a better person." 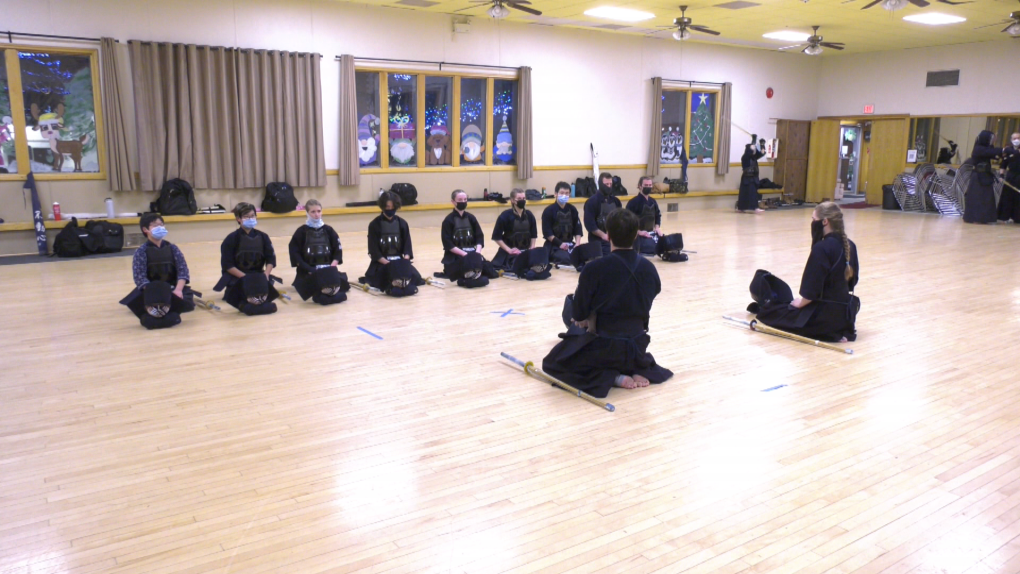 Shion Miyashita and Nadia Leenders (front left and right) teach together at Sturgeon Kendo in St. Albert, and both are fighting for a sport on Team Canada Kendo. (Sean McClune/CTV News Edmonton)Miyashita said kendo is all about respect, something he learned when he started the sport around seven years ago in Japan. When his family moved to Canada, he continued to practice and he now teaches, alongside Leenders, at Sturgeon Kendo.

"We start with a bow and we end with a bow, which means anything and everything we do – throughout practices, throughout the tournament, throughout kendo – is all based on respect," Miyashita said.

"Even though you're in a high-stress place and a tough physical place, [mentally] you have to be strong to be able to face your opponent, face yourself."

Leenders said part of her strength comes from the community, and she will rely on her teammates for support while she works through the selection process for Team Canada and prepares for the chance to fight at the biggest kendo competition in the world.

"I'm feeling pretty terrified to be honest, it's a lot of hard practice. I'm really glad that Shion is here with me and helping to push me through," she said. "My clubmates in general have been a big motivator for me to push me forward and motivate me when I start to feel down, when I start to have doubts."

The key to success in kendo, Leenders said, is understanding the basics and working to build strong foundations. 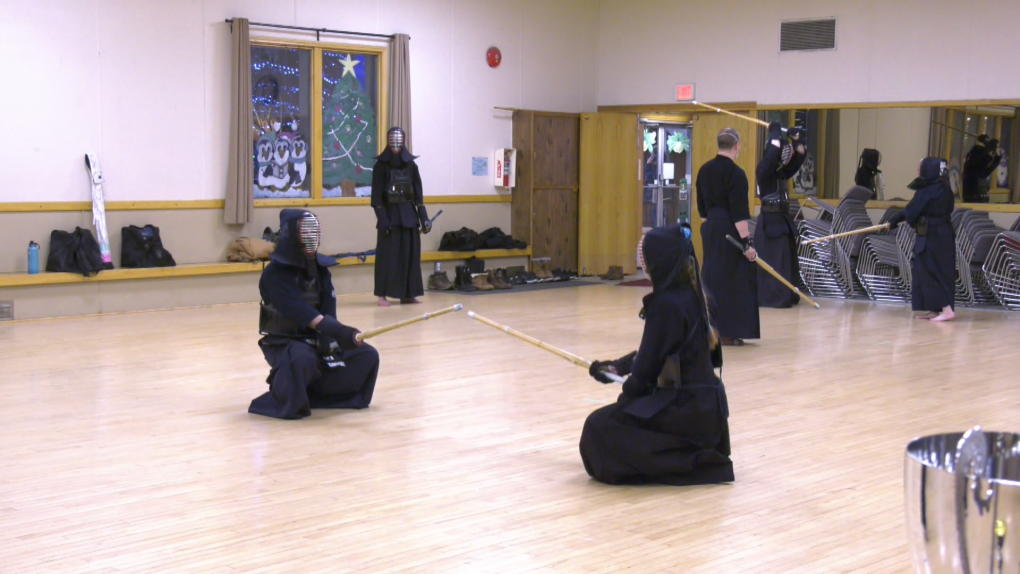 The sport of kendo revolves around respect, and matches all begin and end with a bow. (Sean McClune/CTV News Edmonton)It's also in patience, said Stelck.

"Kendo is really hard," he said. "It's not something that you can just easily master, and I think that is difficult for a lot of people so the attrition rate is really high."

Stelck said the swordfighting aspect works to get people in the door, but only those dedicated to the philosophy behind the sword will stick with it.

Despite kendo's difficulty, Stelck said the sport has grown from a "hidden art" in the Edmonton area, as evidenced by Leenders and Miyashita.

"All of that cumulative effort and all of the hard work and sweat that has gone into preserving these clubs even when the interest was low, to bring players of this caliber to have a shot at fighting at the worlds, that is a fantastic, fantastic thing," Stelck said. "I'm just over the moon."

The selection process for Team Canada Kendo will take place in Toronto at the Canadian National Kendo Championships in August.