EDMONTON -- Edmontonians are getting a new look at an historic building some say has the biggest potential in the city.

The nearly century-old Rossdale Power Plant will be offered up on a walking tour starting this summer, the result of months of planning and permitting by Prairie Sky, the group proposing to build a gondola from the plant across Edmonton's river valley.

"That blue door, that’s gonna be the coolest spot in the city this summer," said Prairie Sky president and CEO Jeffrey Hansen-Carlson.

Constructed in the 1930s, the plant received its historical designation in 2001 after powering Edmonton for decades. It stopped generating electricity in 1989, but with its unique silhouette of seven smoke stacks, it remains a notable landmark in Alberta's capital.

"There’s about 1.2-million people in this region, and everybody has an idea of what this power plant should be," said Hansen-Carlson. "So few have had the opportunity to go inside and just see it and experience it."

That will change once walking tours begin in August.

"The building is more or less gutted, you can see the big cavities cut through the slabs where the big equipment was," he said. "The tour itself is just a walk essentially around the perimeter inside. We had to really be careful defining the route, because not all the building is safe."

There's also history associated with the plant Hansen-Carlson says could provide a learning opportunity for Edmontonians.

The site it was built on is linked to First Nations activity dating back as far as 1802, hosting a fur trading post and a burial ground.

"It's the Indigenous story, it's the story of Edmonton…and then the story of the buildings and the place and what the power plant did and how it worked," said Hansen-Carlson.

An Edmonton city councillor agrees, saying the redevelopment of the plant could one day include a place of learning about Indigenous culture.

"I’ve always thought, what a wonderful opportunity for a national centre on indigenous art and culture," said Ward 6 Coun. Scott McKeen. "But even that wouldn’t take up the whole building probably."

Last September, councillors expressed support for the site's redevelopment and agreed on a handful of principles including: 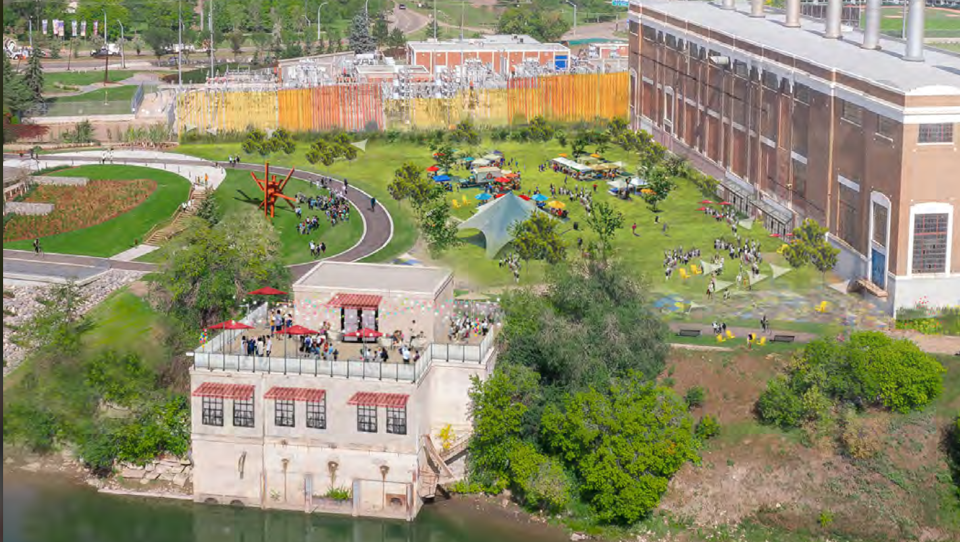 "If you squint your eyes a little bit you see the Forks in Winnipeg, or Granville Island in Vancouver, but our own version of that," said McKeen.

Online bookings for the walking tours will start in mid-July and Hansen-Carlson says it will likely be around $20-$25 per person.

There's also no parking available near the building so tourgoers will be encouraged to walk or bike, something Hansen-Carlson calls a social experiment.

As for the gondola, Prairie Sky is drawing up a detailed business cases and environmental assessment which it hopes to present to council before the year is up.

The tours will be done in partnership with Big E Tours. A group of four companies paid for the development and building permits to get the tours going at a cost of roughly $20,000.

With a report from CTV News Edmonton's Jeremy Thompson.