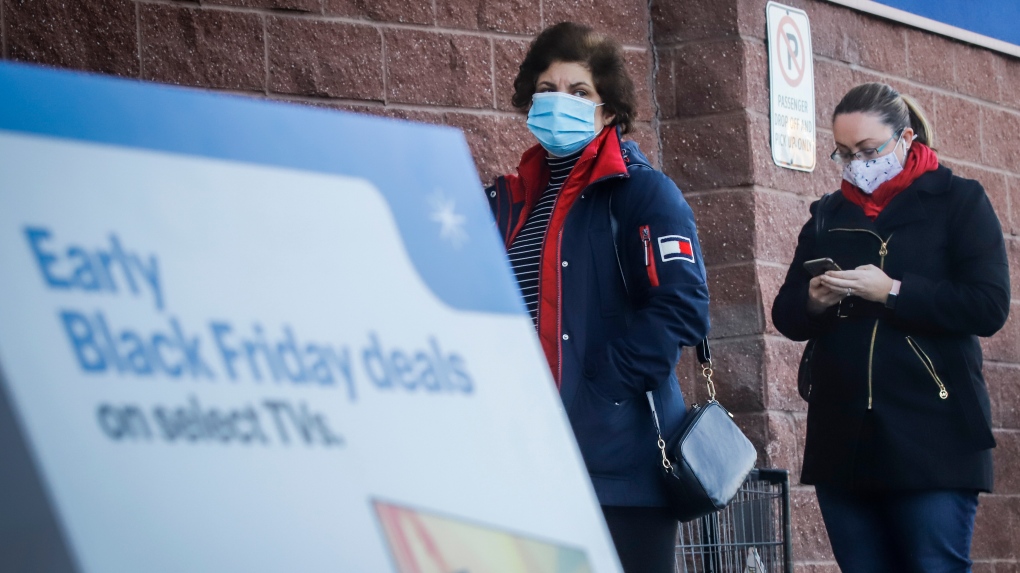 Shoppers wait in line at an electronics store in Calgary, Alta., Friday, Nov. 27, 2020, amid a worldwide COVID-19 pandemic. THE CANADIAN PRESS/Jeff McIntosh

Starting the week of June 29 and until Nov 8., the province provided daily data updates Monday through Friday and not on weekends and holidays. Daily updates resumed in early November.

Until November, the number of hospitalizations and ICU admissions have both remained well below maximum capacities.

Nearly 1.5 million Albertans have been tested for the coronavirus so far.

Determining test positivity percentage is not as simple as dividing the daily number of positives by the daily number of tests. This is because a test administered will count for statistics of one day, and a positive result would be recorded in the daily statistics between two and seven days later given the processing time to evaluate a test.

Initially, travel-related cases were responsible for many of Alberta's new COVID-19 cases. But since travel restrictions came into effect, the growth in the number of travel-related cases had largely flattened through early April before gradually rising again through the summer.