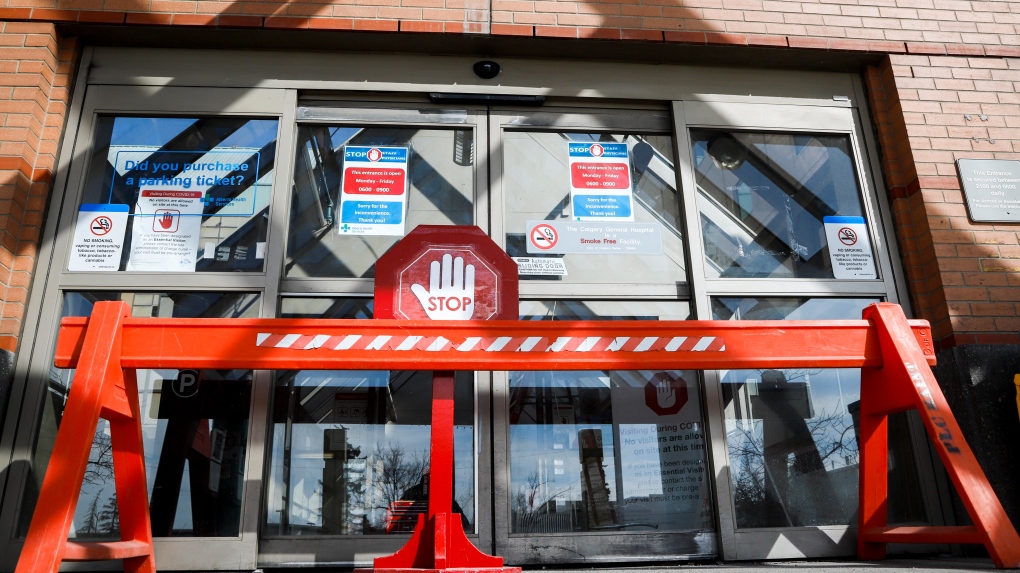 An entrance is blocked to the Peter Lougheed Centre hospital so staff can screen essential visitors who are the only visitors permitted in Alberta hospitals as part of COVID-19 precautions in Calgary, Alta., Thursday, April 9, 2020. THE CANADIAN PRESS/Jeff McIntosh​