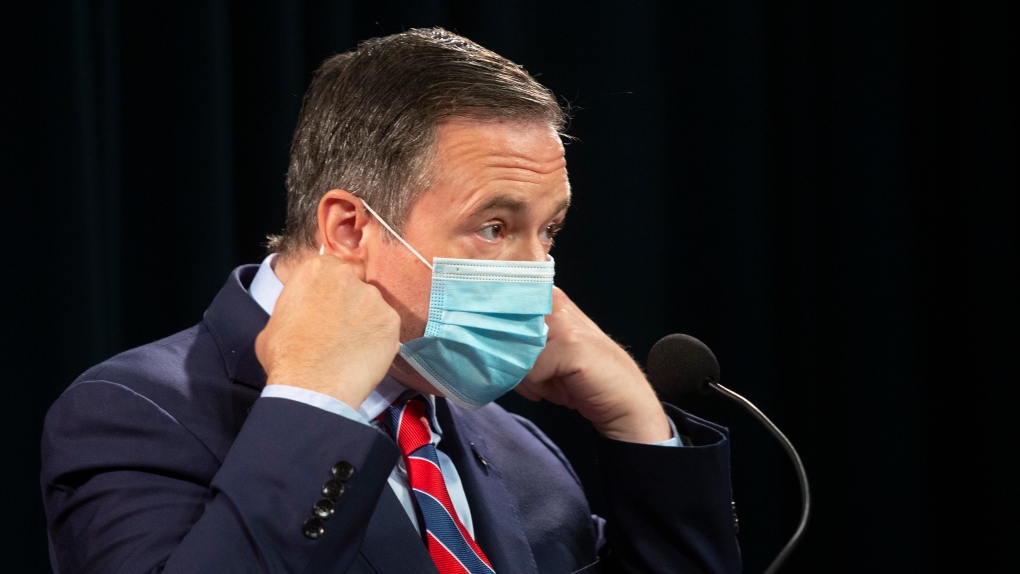 Alberta Premier Jason Kenney takes his mask off at a news conference where the provincial government announced new restrictions because of the surging COVID cases in the province, in Calgary, Alta., Friday, Sept. 3, 2021.THE CANADIAN PRESS/Todd Korol

EDMONTON -- The COVID-19 pandemic's fourth wave has hit Alberta, leading to a resurgence of rising case counts and hospitalizations.

Plans to scale back rules around testing and masking have been temporarily walked back, as the province continues to encourage Albertans to get vaccinated.

The number of COVID-19 patients in hospitals and intensive care units are important indicators of how severely the pandemic is affecting Albertans, and the amount of stress it's placing on the province's health care system.

The number of hospitalizations is a lagging indicator that rises a few weeks after an increase in new cases. Vaccines have reduced the number of severe outcomes but those without a shot remain at risk.

More than 90 per cent of hospitalizations due to COVID-19 in 2021 have been among those either unvaccinated or who received their first shot within two weeks of diagnosis.