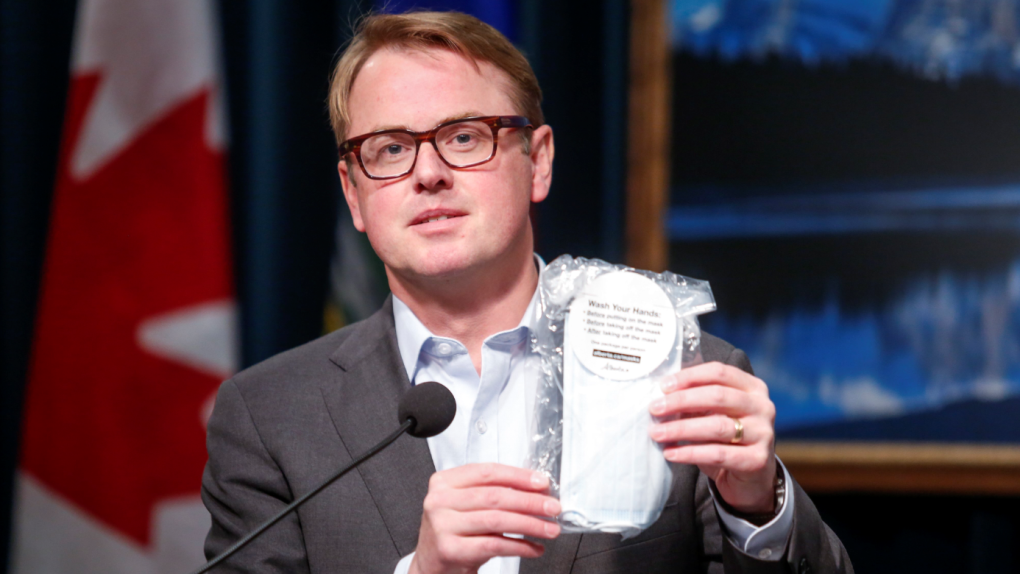 Alberta Minister of Health Tyler Shandro holds a package of four non-medical masks that will be available to Albertans to prevent the spread of COVID-19, in Calgary, Alta., Friday, May 29, 2020. THE CANADIAN PRESS/Jeff McIntosh

A power outage the lead to an electrical fire limited the province to only partial data updates on April 14 and 15.

The above graph displays the number of total Alberta cases as well as deaths, hospitalizations, intensive care unit admissions and recoveries.

Alberta has now administered more than 200,000 tests for the coronavirus.