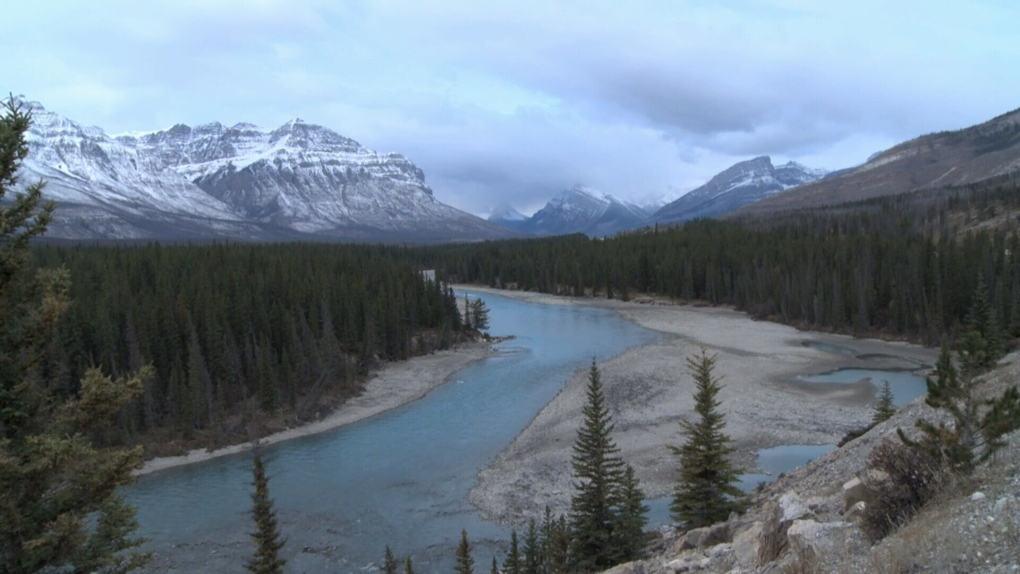 The Bighorn is almost 5,000 square kilometres of lakes, mountains, streams and forests from the community of Nordegg to the Jasper-Banff Highway. -

EDMONTON -- A vast section of Alberta backcountry once considered for a park is being overused by tens of thousands of campers who cut trees, strew garbage and trespass, says a provincial advisory committee.

Camping numbers in the large undeveloped wilderness in central Alberta's foothills and Rocky Mountains, have been “insane,” says the most recent report by Alberta Environment's Bighorn Backcountry Standing Committee.

“Everywhere people could camp they would camp ... just one on top of another, some people camping in ditches,” says the group's June 4 report. “Doesn't look like it's going to slow down any time soon.”

COVID-19 restrictions have strained all Alberta parks as people seek a safe place to enjoy the summer with their families. The Bighorn - almost 5,000 square kilometres of lakes, mountains, streams and forests from the community of Nordegg to the Jasper-Banff Highway - has been hit hard.

“There's a large increase in the number of people visiting the area,” said Coun. Jim Duncan of Clearwater County, which includes the Bighorn. “There's not a lot of infrastructure out there to support large numbers of people.”

The May long weekend, usually the region's busiest weekend, normally sees about 10,000 visitors, said Marla Zapach, an ecotourism operator who sits on the committee.

“There must have been upwards of 100 cars trying to find a parking spot.”

Although most visitors pack garbage out, many don't.

“The Coliseum (mountain) trailhead had people leaving garbage bags in the ditch,” said Nick Frank of the Nordegg Community Association.

“Animals were getting into it, dragging it across people's yards. A couple had garbage left in their driveway.”

The association put out dumpsters that could handle 12 cubic yards of camper garbage.

“We're up to 32 yards available now and we're just about full by the end of a weekend.”

There are few bathrooms.

“Garbage/human waste issues all over the area,” says the committee report.

It details firepits pocking the bush, target practice on power cutlines and frequent trespassing onto Stoney First Nation land. People set up camp for the weekend, leave everything and return five days later.

“Places with cell coverage have people working in the camper.”

New trails are being cut, Zapach said. Old ones are getting spread out and braided.

Despite the efforts of local off-highway vehicle clubs to manage access and close areas that aren't for motorized traffic, not everyone follows the rules, said Zapach.

“There are a lot of people who go into the backcountry hiking who cut down trees. That is just as irresponsible as not using a formal stream crossing with your (off-highway vehicle).”

Many people are new to camping and don't know how to stay safe. Ed Van Heeren of the volunteer Rocky Mountain House Search and Rescue Association says his group would normally get one or two calls a summer.

The area is policed by two rangers. The nearest RCMP detachment is more than 100 kilometres away.

“Enforcement is having a difficult time with people who are wound pretty tight,” the report says.

As well, much of the area is traditional territory of the Stoney First Nation and subject to an unresolved land claim.

Barry Wesley, who represents the Stoneys on the provincial committee, said there are so many random campers that band members are afraid to hunt.

“It became a safety concern. We can't shoot an animal knowing there's people out there in the bush.”

Places where the Stoneys gathered medicines and plants are now campsites, said Wesley.

ATV riders follow power lines onto the reserves. Signs placed there by the band disappear, he said. Campers traipse over sacred sites used for sun dances.

“This random camping has an impact on the Stoney people.”

Alberta Environment did not respond to a request for comment.

The previous NDP government had announced plans to turn the area into a provincial park. The United Conservatives squelched that when they won last year's election.

The park plan wouldn't have changed the high demand created by COVID-19, said Zapach. Nor would it have been fully implemented by this time.

But it would have helped, she said.

“There was a dedicated budget for infrastructure and enforcement,” she said. “I think things would have looked a lot different.”

“It's being treated as the Wild West. We need to develop a positive, forward-looking outcome on sustainability.”

This report by The Canadian Press was first published July 28, 2020