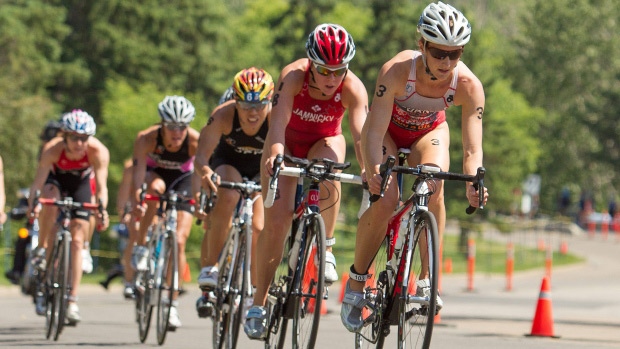 The inaugural race of a brand-new international triathlon tour will kick off in Edmonton this summer.

The Professional Triathletes Organization is partnering with the city and Do North Events for the PTO Canada Open.

The Canada Open is the first race of five for the PTO Tour, which will also include the PTO Us Open, PTO Asian Open, PTO European Open and The Collins Cup. Each event will bring together non-drafting professional male and female triathletes from around the world, competing for a prize of US$1 -million per event.

Do North Events has been putting on triathlons in Edmonton for decades under its former name, World Triathlon Series Edmonton. The organization said after a successful World Triathlon in the city last August, it was time to take the event to the next level – while continuing to put Edmonton on the map.

“Our hope is to touch all those quintessential Edmonton landmarks, and really showcase what Edmonton is,” said general manager of Do North Events Stephen Bordeau. “It’s not just another triathlon in a city we don’t know … (it will) really show Edmonton for what is it.”