Iran plane crash: What we know about the Edmonton victims

EDMONTON -- A family of four, a local doctor and a newlywed husband and wife were among the Edmontonians on board a plane that crashed in Iran on Wednesday morning, killing 176 people, including 57 Canadians and nine crew members.

The Ukraine International Airlines flight was en route to Kyiv from Tehran and crashed minutes after takeoff. CTV News Edmonton has confirmed 13 Edmontonians were on board the flight, but the Iranian Heritage Society of Edmonton says at least 27 local residents were on the plane.

Payman Parseyan, a member of Edmonton’s Iranian community says many Iranians fly back to the country over the holidays to visit family.

"As soon as we heard about the plane going down, I immediately thought that this is a flight that’s leaving the country," he said.

"I received a phone call from one of the more upset community members and he asked 'Hey, can you confirm if there was another flight going to Kyiv, just in case it wasn’t that one,' and unfortunately there was only the one flight that flew to Kyiv that morning. He had lost someone very dear to him," he said.

Edmonton is home to 4,165 people of Iranian origin, according to the 2016 federal census.

"It's a challenge for the community, we’re not that big."

University of Alberta president David Turpin issued a statement  Wednesday morning and later confirmed to reporters that at least 10 members of the school's community, including faculty, students and alumni, were killed in the crash.

"This is a devastating loss for the University of Alberta. Ours is a closely interconnected community, and we grieve with everyone touched by this terrible loss," the post reads in part.

Friends of Pouneh Gorji and Arash Pourzarabi say the pair, as well as guests from the Edmonton area, had been in Tehran to get married.

"They were basically the kindest souls that I know, honestly," said friend Amir Forouzandeh.

"If you met them even once you could tell that these two belong together for sure." 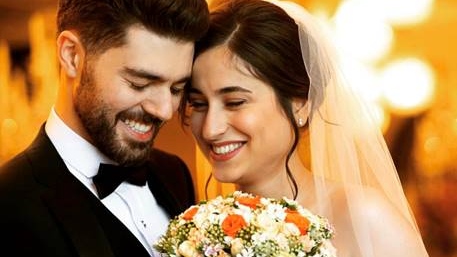 The pair were both University of Alberta graduate students who were studying computer science. Gorji interned at local artifical intelligence firm Medo.ai, according to her LinkedIn page. Pourzarabi is listed as a teaching assistant at the school.

"I even check my phone to see if he is online again."

FAMILY OF FOUR AMONG THE DEAD

CTV News has confirmed a husband and wife who were engineering professors at the University of Alberta as well as their two daughters were among those killed.

The university's website lists Pedram Mousavi as a professor of mechanical engineering whose work focused on communication and developing multi-purpose wireless devices. He graduated from the Iran University of Science & Technology in 1995 and later earned a master's degree and PhD from the University of Manitoba. 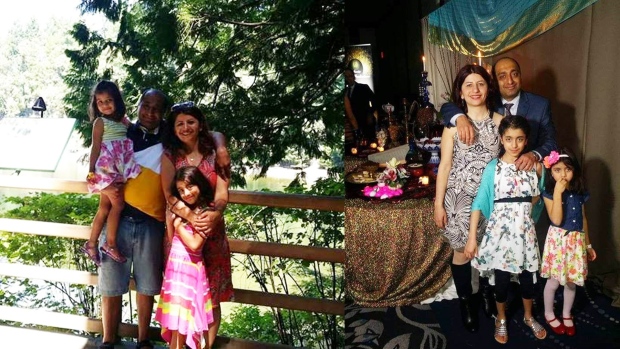 His wife, Mojgan Daneshmand, was also a professor with the electrical and computer engineering department. She held a bachelor of science from the Iran University of Science and Technology as well as graduate degrees from the University of Manitoba and Waterloo. Her research focused on radio frequency and microwave systems for sensing.

The couple's two daughters, Darina, and Darya Mousavi are also listed among the dead. Darina was born in 2010 and Daria in 2005, according to the flight manifest. They attended Allendale and Windsor Park schools.

Nooran Ostadeian is a friend of the family. She has known them since 2010 when they moved to Edmonton.

“I witnessed the kids growing up in this family, and most of the time was good occasions, birthdays, community events, we always got together. This couple, they were really really fun to hang out with,” she told CTV News Edmonton.

“We know Mojgan’s mom very well because she was living with them for years, and she is now in Iran, and I’m sure she is suffering for sure. We know the whole family.”

Edmonton gynecologist Dr. Shekoufeh Choupannejad is also listed among those killed. Staff at the north end clinic she worked at confirmed her identity to CTV News. 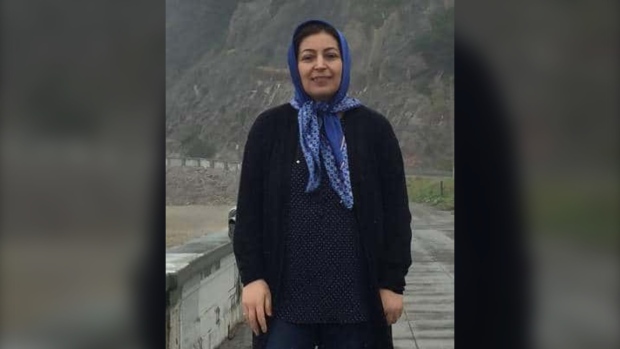 Shayesteh Majdnia, a past president of the Iranian Heritage Society of Edmonton, said she was close friends with Shekoufeh Choupannejad, a gynecologist who died along with her two daughters Saba Saadat and Sara Saadat. 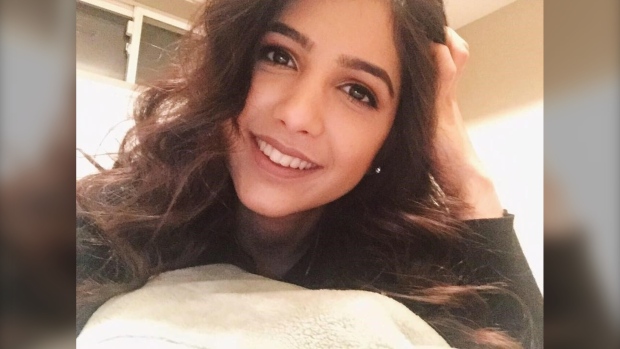 Majdnia said she had spoken to Choupannejad's husband, who is still in Iran, for confirmation. She said Choupannejad also leaves behind a son who was not on the trip with the family.

“She was the kindest person I had ever met,” Majdnia said of Choupannejad.

She said Choupannejad was always there for community fundraisers, and often did her best to help take appointments with new immigrants who were overwhelmed and unable to find immediate medical help. 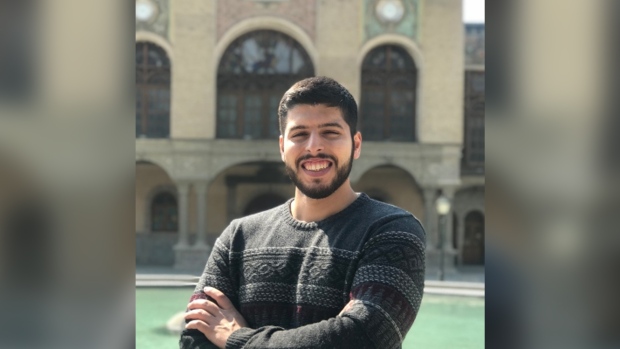 Amir Hossein Saeedinia was en route to Edmonton via Flight 752 to start his PhD at the University of Alberta, his friend Ali Parsafar confirmed to CTV News Edmonton. The U of A confirmed he was a student in the Faculty of Engineering.

Saeedinia had a degree in petroleum engineering and a masters in mechanical engineering from an Iranian university.

“He chose the University of Alberta because, first, he liked the project so much, and second his girlfriend got to Edmonton too, so they could be together,” Khaledi-Nasab said.

According to the friend, Saeedinia and Nasim Rahmanifar, pictured below, were coming to Canada to build new lives. 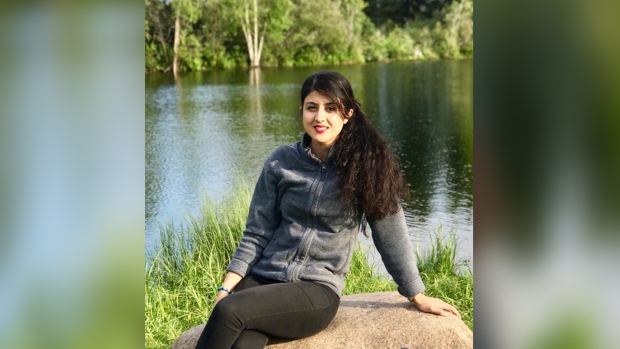 Rahmanifar was a student in the Faculty of Engineering, according to the U of A. According to her online bio, she graduated from Amirkabir University of technology in 2019 with both BSc. and MSc. In Biomedical Engineering (Biomechanics).

She and Saeedinia are being remembered for their kindness and work ethic.

“He was an amazing person, and I think that he did not deserve this. He deserved to come to Canada and have a good life there,” Khaledi-Nasab told CTV News Edmonton.

According to a U of A blog post, another victim, Mohammad Mahdi Elyasi, was in the Faculty of Engineering. 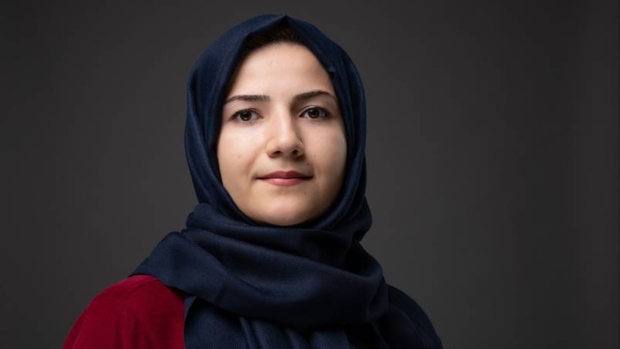 Elnaz Nabiyi, pictured above, was a student at the U of A Alberta School of Business, the school confirmed on Thursday.

'COMFORT WHEN IT'S MOST NEEDED'

Edmonton Mayor Don Iveson issued a statement Wednesday morning saying he was "heartbroken" to hear "the devastating news" of the crash before speaking to reporters later in the day.

"Whenever tested by tragedy or disaster, Edmontonians do what comes naturally to us," said Iveson. "We rally around our family, our neighbours, our friends and our fellow Edmontonians and Canadians and provide each other comfort when it's most needed and when it counts the most."

"While no words can erase the pain this crash has caused, I, on behalf of Edmontonians and your City Council, would like to offer the families and friends who have lost a loved one in this tragedy our deepest condolences," his statement reads.

"I am deeply saddened by the devastating news that 63 Canadians, including a large number of Albertans, were amongst the 176 passengers aboard Ukrainian International Airlines Flight 752 when it crashed earlier today near Tehran," he wrote.

"On behalf of the Government of Alberta, I extend my deepest sympathies to the loved ones of the passengers." 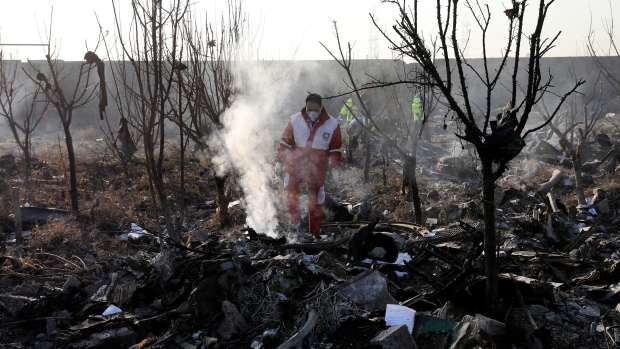 The crash happened in a region where tensions are mounting between the U.S. and Iran. Commercial airlines, including Air Canada are now re-routing flights over the Middle East.

Global Affairs Canada has warned against any non-essential travel to Iran because of the volatile situation.

Canadian officials had previously reported that 63 Canadians were killed on flight PS752. That number has since been revised to 57.