'It's going to be harder for us': Expert warns Albertans against permanent daylight saving time

As Albertans began the process to elect their mayors, councillors and school trustees in advance polls this week, their premier found himself defending the two referendum questions the province included in this year's municipal vote.

Among the two questions, the Alberta electorate is being asked to choose whether to continue the ritual of rotating between standard and daylight saving time (DST), or to stick with DST all year.

But one circadian rhythm expert from the University of Calgary told CTV News Edmonton that question itself is flawed.

"We've been presented with two bad choices," Dr. Michael Antle said. "A bad one and a worse one."

Dr. Antle has been advocating for years to get rid of the bi-annual clock change, but says the province should be moving to get rid of DST and stick with standard time instead. 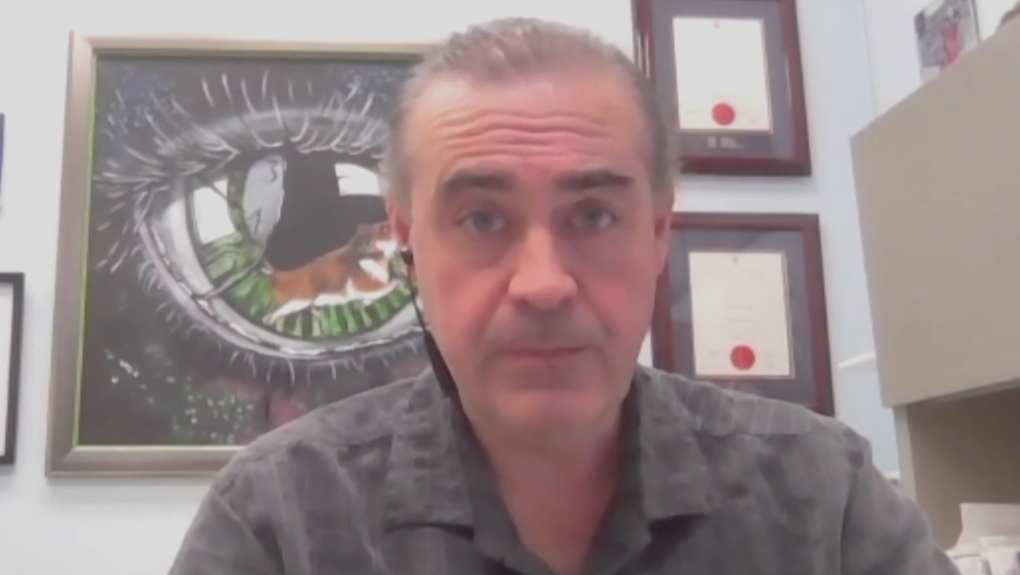 "We know that (the time changes) do cause harm and it's absolutely killing me to be advocating for them right now, because I know how bad they are."

According to Dr. Antle, a year-round DST would be worse for Albertans than the system they have now.

"Because of where Alberta is, relative to the time zones we follow, it's going to be harder for us," he said.

"Because we're so far north we have really short days, which means we're going to feel any adverse effects of being on the wrong time even more."

According to CTV News Edmonton Chief Meteorologist Josh Classen, a permanent DST would mean the sun wouldn't rise in Edmonton in December until around 9:40 a.m.

"And across the north (of Alberta) the sun doesn't come up until around 10 in the morning," said Classen.

Despite that fact, one Grande Prairie, Alta., city councillor worries many of his constituents don't understand the stakes of the permanent DST question.

"Just from my own personal conversations, I would say it's probably about 40 per cent of our people who understand the implications of this," Coun. Chris Thiessen told CTV News Edmonton.

Experts say the extra darkness in the morning can cause circadian disruption in our brains, a phenomenon commonly experienced by shift workers.

A 2017 study by the American Association for Cancer Research found circadian disruption, which is worse for people in the western part of a given time zone, was linked to increased rates of cancer.

Circadian misalignment can also lead to shorter sleeps, which multiple studies have linked to increased rates of diabetes, obesity and workplace injuries.

Still, on Tuesday, Alberta Premier Jason Kenney defended the referendum question, saying it would be the best way to stay in line with neighbouring jurisdictions.

B.C., Washington, Oregon and California are all moving toward a permanent DST, meaning a year-round standard time for Alberta would separate the time zones even further.

"I think it would be imprudent for Alberta to go in the opposite direction," Kenney said.

The province says a majority 'yes' vote on the permanent DST referendum question would mean the change would come into effect by next fall at the earliest.

More than 1,500 air travellers in Canada tried to defy mask-wearing rules in 2021

More than 1,500 travellers refused to comply with wearing a face mask during their flight and hundreds of letters of non-compliance were issued in 2021 as a result, according to updated data released by Transport Canada.