'It's turned into a social movement': Hate to Hope March rallies at legislature 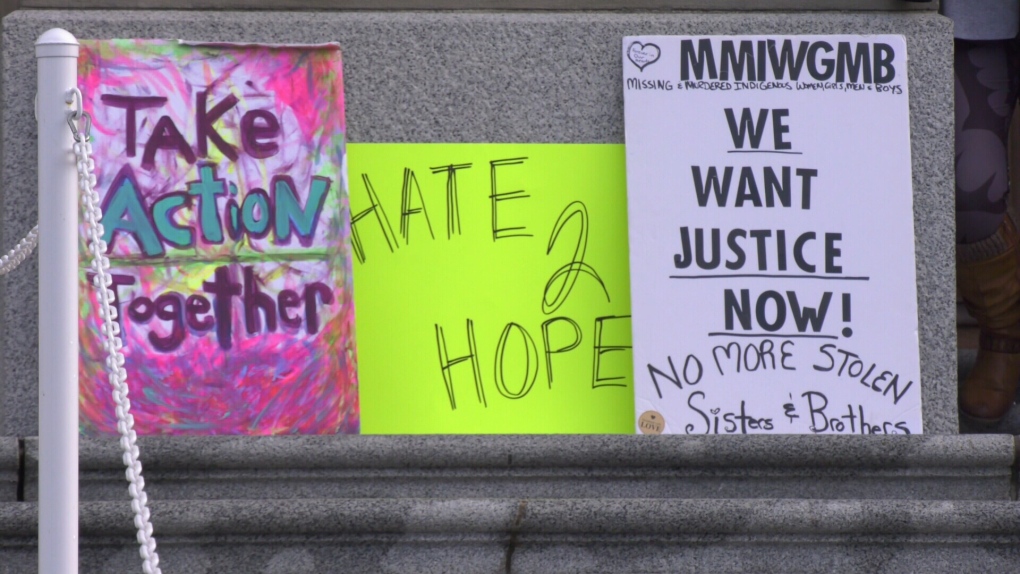 The 2019 Hate to hope March was held on Aug. 24 at the Alberta Legislature.

Police joined a peaceful rally outside of the Alberta legislature Saturday night in the spirit of unity.

The annual Hate to Hope March advocates that "defending the most marginalized among us is defending all of us."

About two dozen Edmontonians, plus members of the police charity True Blue Friend YEG, gathered for the eighth event.

"It started back in 2012 when I was assaulted as a U of A student," Hate to Hope founder Chevi Rabbit said.

"I turned that negative event into something positive and in the past eight years, it's turned into a social movement."

Anti-bullying activist Manwar Khan, elected Cree councillor and women's advocate Katherine Swampy, and Edmonton-Centre MP Randy Boissonnault were among those who spoke at the event.

The campaign is also collecting donations until Sunday. Contributors can text FRIEND to 45678 to give $10, or TRUEBLUE to 45678 to donate $25.