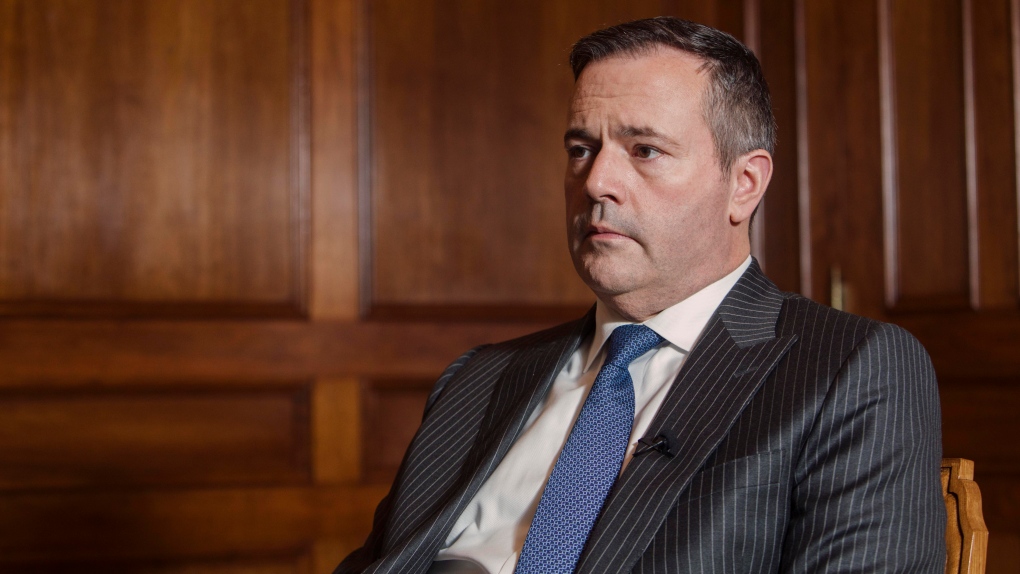 A United Conservative backbencher is delivering a blunt warning to Alberta Premier Jason Kenney that his party is in trouble and needs to heed the growing concerns of its members.

“I do feel that it can be (turned around), but we are 19 months to the next election, and we do need to start listening and paying attention to the signs that we're seeing and hearing.”

On Monday, Guthrie delivered the same message to Kenney, reading aloud in caucus a letter warning that the electoral fortunes of the party are sliding over the abyss.

“Public opinion continues to wane and we may be at a point where this party cannot be salvaged,” reads the letter.

“Winning back the favour of Albertans should be our priority.

Guthrie declined to describe Kenney's reaction to his comments except to say, “Obviously, the premier defended his position.”

Guthrie, in his letter, relayed particular concerns about a movement within the party to move up the date for a leadership review vote to determine whether Kenney still has their confidence.

If Kenney receives less than 50 per cent support in such a review, he is out.

The leadership vote is set for early April at the 2022 annual general meeting in Edmonton.

However, 22 constituency associations sent a letter to the party executive this week, noting they represent the required 25 per cent of boards needed to have the vote moved up to take place at a special meeting before March 1.

They say an earlier vote would allow all members to vote at home and not have to travel to Edmonton in April to cast a ballot.

They also acknowledge that for some of them, the move is driven by unhappiness over Kenney's leadership.

The UCP executive said they are now discussing the letter about moving up the leadership vote.

Guthrie noted that a resolution coming before the UCP's annual general meeting this weekend in Calgary seeks to amend bylaws to raise the threshold for such a motion to 29 constituency associations from 22.

The rationale is that 22 is too small a number to trigger such a potentially consequential vote.

Guthrie said a late motion to move the threshold sends a concerning signal from a party that claims to celebrate grassroots participation.

“It's going to look bad if they change it,” said Guthrie.

“If you move the goalposts from 22 to 29 CA's, I don't think the grassroots of the party are going to appreciate that.”

Kenney has declined to comment on an accelerated leadership review, saying the issue is up to the party.

The premier has faced rising discontent in his caucus and party in recent months tied primarily to his handling of the COVID-19 pandemic.

Cases spiked in the fall, pushing hospital capacity to the brink after Kenney lifted almost all health restrictions and announced the pandemic was over.

UCP fundraising has been trailing that of the Opposition NDP and Kenney's approval numbers have been in freefall.

He has also faced calls from some caucus members to resign.

This report by The Canadian Press was first published Nov. 16, 2021