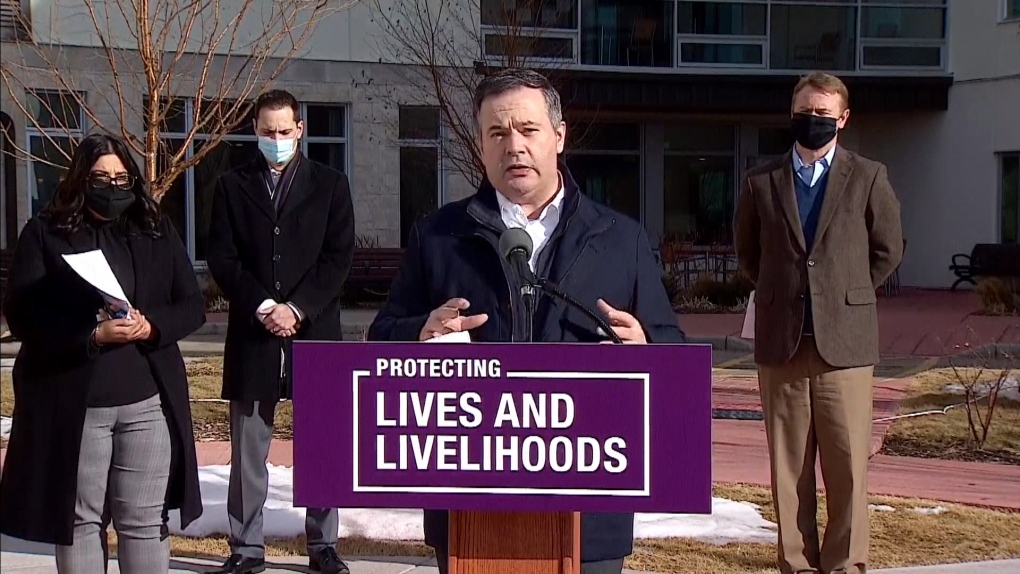 On Tuesday, at least five government members of legislative assembly posted similarly-worded statements to social media. All of them expressed frustration that more restrictions weren't lifted Tuesday despite the province being below a number of previously-stated benchmarks.

"Many people have questions about some of the inconsistent rules and moving goalposts," Barnes wrote. "I know this and other issues have shaken the trust of Albertans."

Barnes also noted he heard about the limited reopening plans on social media, "the same time and way as most Albertans did."

"I will take the concerns of my constituents back to the government in hopes it will make a difference," reads the end of the statements posted by Barnes.

On Wednesday, Kenney said there's "an ongoing debate" within the government caucus about the best COVID-19 response.

"I welcome input from MLA’s of both parties," said Kenney. "I’m not at all surprised that Albertans have a range of opinions on the right response to COVID, that's been the case fromday one."

"There's quite a diversity of views there at the end of the day, the government is responsible for taking the expert public health advice of the chief medical officer and her team closely, studying the data, and making difficult decisions."

He noted had avoided lockdown measures like curfews and shelter in place orders seen in the United States and Europe.

"I would say Alberta's done a good job of balancing the different and very serious issues here."

In February, Kenney rejected the idea of a regional reopening plan.

"Transmission can happen very fast and we have to look at the broader trends — yes, in the regions, but also the whole province,” Kenney said on Feb. 11.