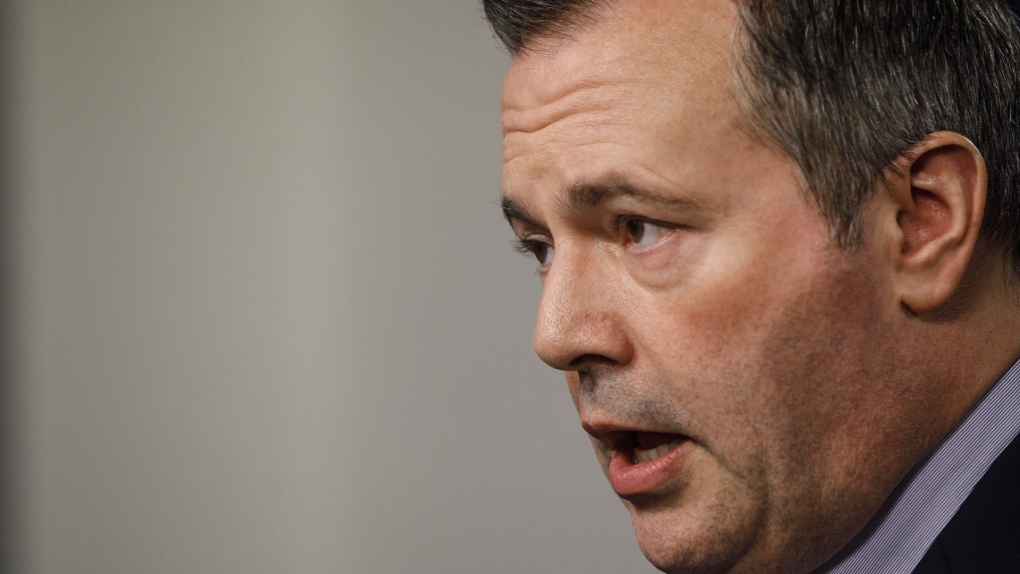 EDMONTON -- Alberta’s premier says the province will follow the steps of other countries who’ve kept their economies functioning while keeping a second wave of COVID-19 cases at bay.

Jason Kenney pointed to Taiwan, Singapore and South Korea as examples of jurisdictions from which he’d be taking inspiration.

His plan consists of five main components: a strengthened effort to track the contacts of those who have tested positive; stronger border screening; public health order enforcement using technology like smartphone apps; and asking Albertans to wear masks in “crowded public spaces” like transit.

At the centre of the plan will be a robust testing system which processes more than four times the amount of tests Alberta currently can in a 24-hour period.

Experts have said Canada has something to learn from China, which, when the outbreak began, saw a peak of more than 14,000 new cases of COVID-19 in one day. Now, China has reported fewer than 100 new cases and 30 deaths a day since early March.

South Korea's daily reported cases dropped into the double-digits in April, after the country reported more than 800 new cases at its peak on March 29. Although the country did not impose a nationwide lockdown, it did close schools and has not yet reopened them.

Spain, Germany and New Zealand are also showing promising signs that their curves are flattening.

Taiwan has only counted 395 confirmed COVID-19 cases and six deaths overall, according to data from John Hopkins University.

The premier said Alberta could similarly flatten its curve if residents respect the public health orders.

“To be honest, I hope the models are wrong. I hope the tough measures taken to date will allow us to begin gradually returning to normal sooner than that,” Kenney said.

As we get past the #COVID19AB pandemic peak, we will look to follow the example of countries like Taiwan, Singapore, and South Korea, to gradually re-open our economy and get people back to work.

Here is our 5-step Alberta relaunch strategy to make that happen. pic.twitter.com/2ycbivorg4

Canada’s prime minister said Thursday it would be “absolutely disastrous” for provinces to reopen too quickly.

“Of course, conversations are ongoing now, but we’re still many weeks away from talking about actually doing anything to reopen our economy, even with the variations across the country,” Justin Trudeau commented during the morning address from Rideau Cottage.

While Kenney did not give a hard date Alberta’s economy will begin to reopen, he said the process would start after the province’s peak in daily new cases.

According to projections by provincial officials, that is expected to happen in mid to late-May. The premier said public health orders will likely remain in place until the end of that month.

Premier Scott Moe is also preparing a plan to “reopen Saskatchewan” that could be released as early as next week. Alberta’s eastern neighbour recently extended its provincial state of emergency by two weeks, with just over 300 confirmed COVID-19 cases, but Moe said his government can start working on a plan given the slow in case numbers.

The Saskatchewan government has said if its pandemic numbers remain low, and if it receives a go-ahead from health authorities, a reopening could be just a few weeks away.

'I have a second chance': Woman survives COVID-19 after two weeks on ventilator

'I don't want them in Ontario': Premier Ford fires back after Trump suggests loosening border

Does letting kids get COVID-19 help build immunity among the wider society?

Truth Tracker: There's no scientific proof that COVID-19 was made in a Chinese lab

'Stay sober': WHO's advice as Canadians drink their way through the pandemic