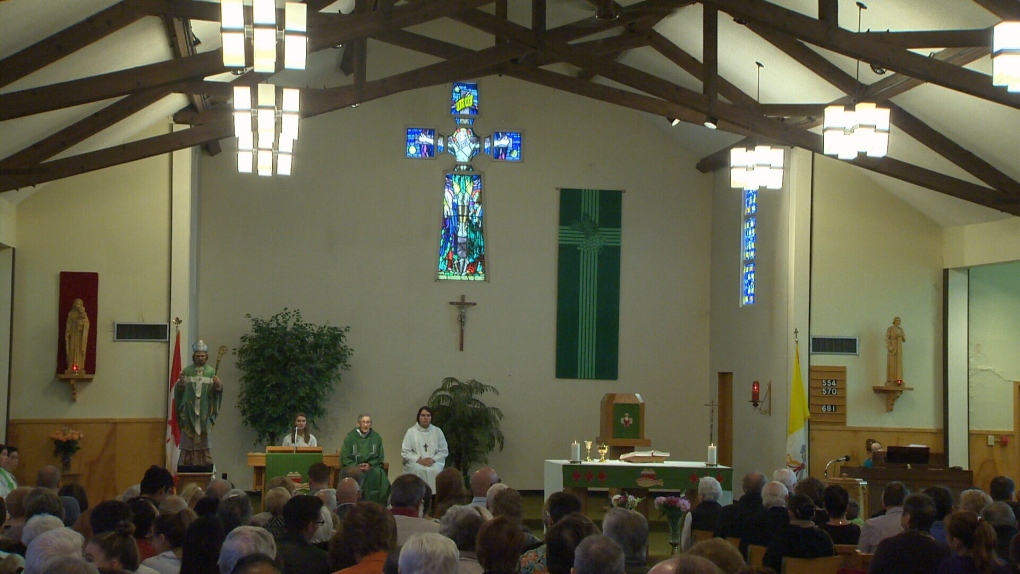 Sunday's mass was the last for St. Patrick Parish and its 91-year-old priest Frank Stempfle.

Sunday was the end of an era for a 70-year-old Edmonton church and the 91-year-old priest who has served the community for nearly four decades.

The St. Patrick congregation was established in 1948, and its building located at 11811 96 Street was blessed in 1950 by Archbishop J.H. MacDonald.

At its helm, Father Frank Stempfle is believed to be the oldest-serving Roman Catholic parish priest in Canada.

A full house attended Sunday's mass, which marked both the closure of St. Patrick Catholic Parish and the retirement of Stempfle.

The priest said he was overwhelmed to see the building filled past capacity.

“Many thoughts went through my mind that this was truly the last time I would celebrate a Sunday mass with people in this church,” he said.

“I was humbled by how wonderful these people are to me.”

The church was supposed to close in 1998, but pressure from the community kept it open for two more years to see its 50th anniversary. It ended up remaining open for another 18 years due because of Father Stempfle’s relationship with the community.

Stempfle was born in Strome and raised on a farm near Provost, some 120 kilometres south of Lloydminster.

Of his 66 years of ministry, 39 were spent at St. Patrick Parish.

“He's a great priest to look up to and even all the Archidioses priests joke, ‘When is he going to retire?’ He's like the energizer bunny,” said Father Andrew Leung, pastor of St. Alphonsus and St. Claire parishes.

“The joke at the Archdiocese is we retire at 75, so he's making us look bad.”

But Sunday doesn’t necessarily mean the end of Stempfle’s career.

“I’m retired but I hope to go to other churches to say mass or at least participate in mass,” he said.

“I’m not sure at this time what is all in store for me, whether I will latch onto a parish and help out there.”

St. Patrick parishioners have been invited to St. Alphonsus Parish a few blocks away.

Property belonging to the church will either go to other churches in the Catholic Archdiocese of Edmonton or be sold.

The fate of the building will be unknown until it is bought.