Colette Derworiz The Canadian Press
Published Sunday, May 31, 2020 8:42AM MDT 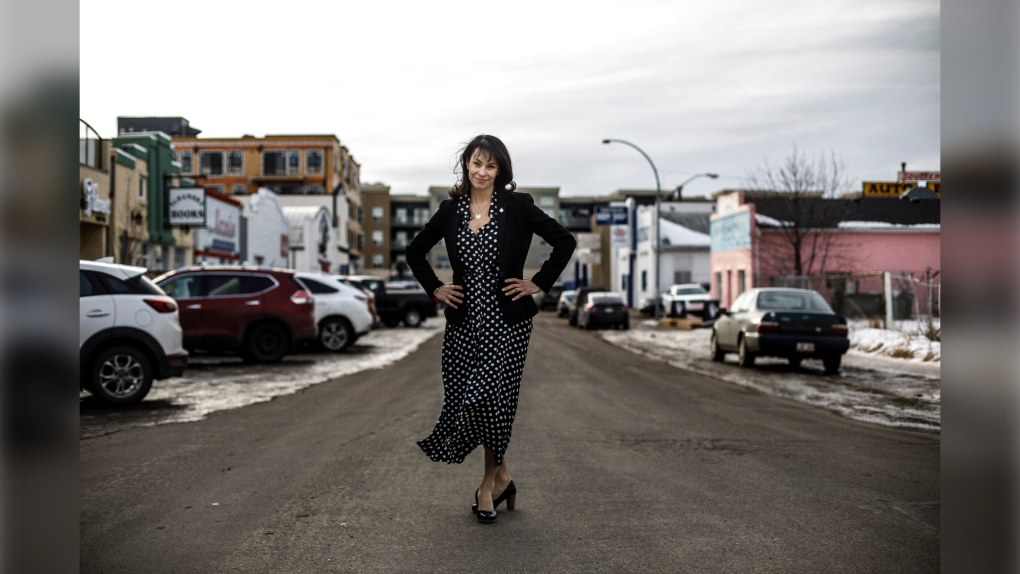 EDMONTON -- Not long after she became a member of Parliament last fall, Heather McPherson was at an event with one of her favourite Olympians.

She had just met former downhill skier Karen Percy Lowe, when the two-time bronze medallist introduced the newly elected MP from Alberta to her husband, a former Edmonton Oilers defenceman now in the team's front office.

“Kevin Lowe was like, 'You're a member of Parliament. We were so close. We almost had the sweep. We almost got it,”' McPherson recalled during an interview at her Edmonton office before the COVID-19 pandemic hit.

McPherson joked about the exchange with Lowe, but it's one she knows well as the lone NDP MP in a province that otherwise went entirely Conservative in October's election.

The born-and-raised Albertan held onto Edmonton Strathcona for her party. It's a riding in the city's core that includes much of the local francophone community, the historic district of Old Strathcona and the University of Alberta.

McPherson, 48, has lived in the riding her entire life. She went to Old Scona high school and got both her degrees at the U of A.

Before she started grad school, she went backpacking with a friend in southern Africa.

“That changed everything,” she said. “I have a really strong 'that's-not-fair' vibe and it was the first time that I just really, viscerally felt there was something seriously broken in the world.”

McPherson, travelling to and from Africa during her studies, went on to complete a master's degree in education.

She met her husband, Duncan, got married and had two children: Keltie, 15, and 12-year old Maclean. She asked that their last name not be published to protect their privacy.

The family still lives in her riding.

“I don't go very far,” said McPherson. “For all my international development, I actually so cherish that I am from here, that I have this to come back to.”

Prior to being an MP, she was executive director of the Alberta Council for Global Cooperation and focused on international development and global citizenship.

“It worked really well to prepare me for this,” said McPherson, who added that politics was never her goal.

“I was confident we would keep the seat and I was proved right,” said Duncan.

The two first met when McPherson was a campaign volunteer.

“She's just really outgoing and friendly and totally community-oriented, and had lots of experience dealing with federal officials and working internationally,” said Duncan.

McPherson, who talked with her family before she ran, recalled her husband saying not to make a decision based on fear.

“I thought, 'Yeah, I can't not run because I am afraid people are going to threaten me,”' she said. “I am Scottish. I have a bit of a stubborn streak.”

She has faced many challenges during the first seven months in her new role: a plane crash in Iran that killed 13 people from Edmonton; the detention of 13 Canadians from an Alberta charity in Ethiopia; a drop in oil prices; and, more recently, the pandemic.

“For many Albertans, the COVID-19 crisis is one more blow to bear,” McPherson wrote in a letter to constituents at the end of April.

“Even before COVID-19 struck, Alberta was reeling from economic collapse, massive job loss, and unprecedented unemployment, with plummeting energy prices, and deep provincial cuts to health care, institutions and services.”

McPherson, who's the NDP's deputy house leader and global affairs critic, said she's had hundreds of calls and emails every day since March from people across the province.

“We hired extra staff to help,” she said this past week. “There's so many people across the province that needed help.”

They delivered groceries to Edmonton seniors, helped people figure out federal benefits after they lost their jobs and assisted Canadians trying to get home from overseas.

McPherson has also been appointed to a federal NDP committee, which hopes to learn from the COVID-19 crisis about how to build a better, stronger country.

She said she offers a different perspective both within her own party and as an Albertan in Ottawa.

“I was quite proud watching Rachel Notley when she was the (Alberta) premier, knowing that she was not elected by everybody, but watching her put her hat on and represent everybody,” McPherson said in March.

McPherson said she wants to be a voice in Ottawa for people across the Prairies who feel they don't have one, including oil and gas workers.

“If you look at the map, basically from (just west of) Winnipeg to the Rocky Mountains, it's all blue with this teeny little orange dot,” she said of the strong Conservative showing in the federal election.

A poster - an orange drop on a blue background - hangs in the middle of her Edmonton office.

This report by The Canadian Press was first published May 31, 2020