EDMONTON -- A serious collision involving 16 vehicles shut down a highway north of Grande Prairie, Alta., with witnesses describing the devastation as chaotic and traumatizing.

RCMP said the collision occurred in the southbound lanes of Highway 2, north of Emerson Trail near Highway 672. Both lanes of the highway were shut down for hours but have since reopened.

Photos from the scene showed dozens of smashed cars and injured passengers. Witness Pancho Driedger said he drove up on the accident scene shortly after it happened.

"I saw a bunch of, at least 40 vehicles just scattered across the road and into the ditches and lots of screaming," he said. "There was this young girl sitting on her mom's lap and just bleeding really badly. She passed out a couple times. I went and put my jacket over her just to make sure she was warm."

A 16-year-old woman was among the injured and was transported to hospital in critical condition. Her condition has since been upgraded to stable, according to RCMP.

Police say weather and road conditions were factors in the collision as thick, heavy fog reduced visibility along icy roadways. Investigators are working to determine if speed was also a factor.

Driedger said others were in the ditch, injured and cold, and called the entire ordeal "traumatizing."

Shortly after 12:30 p.m. local time, Grande Prairie RCMP said Highway 2 reopened to traffic in all directions and that emergency crews were no longer on scene.

Update: Hwy2 at Hwy672, north of Grande Prairie, has been reopened in all traffic directions. Expect delays due to volume. (12:41pm) #ABRoads

"RCMP continue to investigate this collision," Mounties said in a news release. No charges have been laid.

Grande Prairie, a community of around 63,000 people, is roughly 390 kilometres northwest of Edmonton. 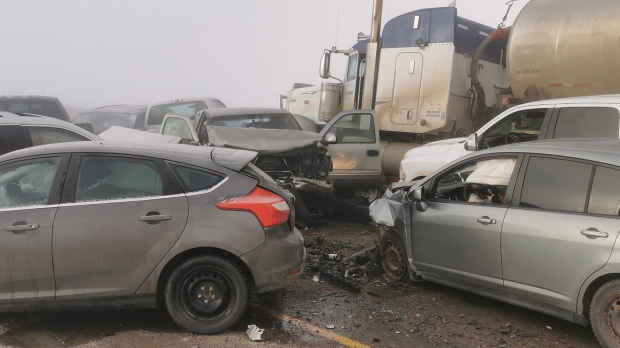 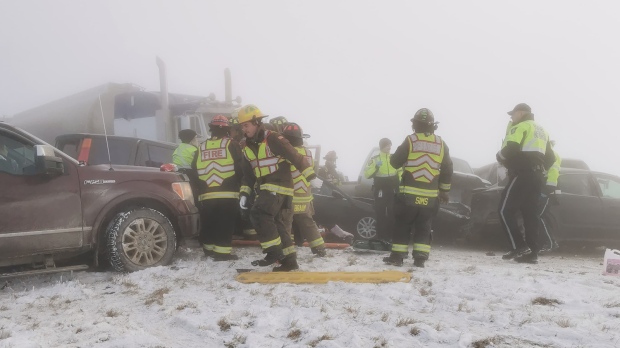 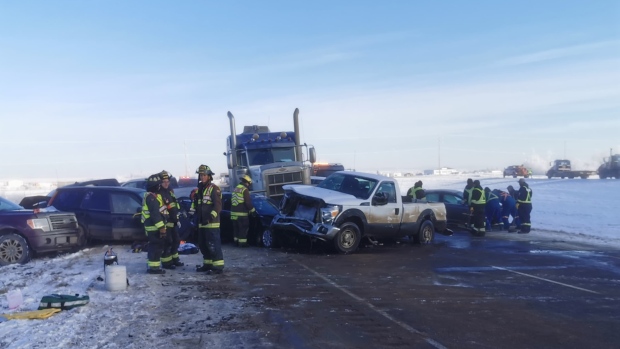 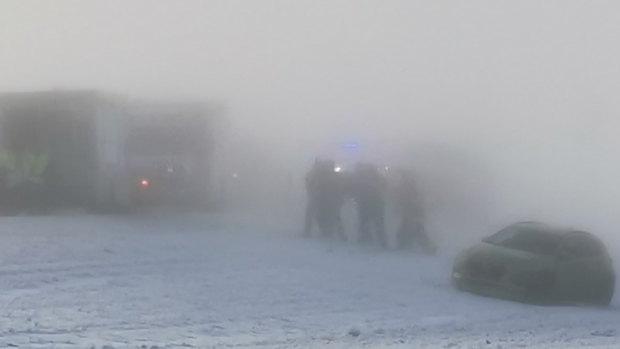 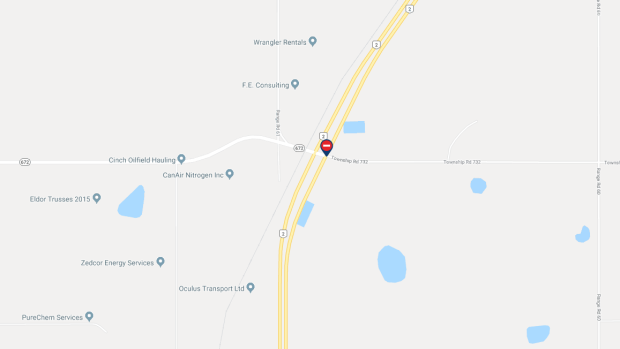