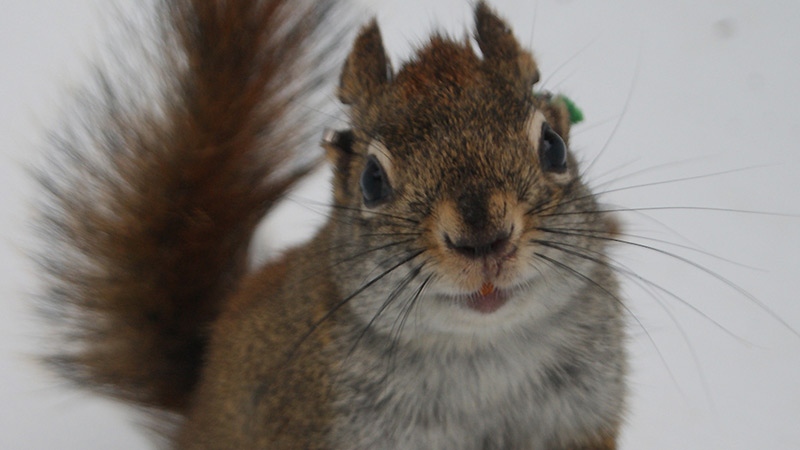 A new University of Alberta study has found red squirrels kill the pups of their male rivals in years when food is abundant.

“It’s when a male kills another male’s offspring to increase the chances that he’ll be able to father pups of his own when the female breeds again,” Haines explained.

Haines was working on her thesis about how food affects male red squirrels in the Yukon, when she unexpectedly witnessed the infanticide.

“I heard a commotion so I rushed over to see what was going on,” she said. “I’m a biologist, so part of me is excited and fascinated to see this but it is a bit horrifying to see a male kill a pup.”

She later found a second young red squirrel from the same litter.

She used genetic techniques to confirm it was not killed by its father, rather the father of the pups in the mother’s second litter.

She said squirrel infanticide normally happens when there more white spruce cones, which is the main food source for red squirrels.

During those years, known as “mast” years, female squirrels are able to have two litters, which give the males another chance at fatherhood, prompting them to commit infanticide.

Female squirrels breed in the spring while the white spruce cones mature in the fall, signaling they can predict future cone availability when they have the second litter.

Researchers aren’t entirely sure how the squirrels know a mast year is coming, but Haines believes the squirrels may be able to detect the tree hormones changing.

Sexually selected infanticide is usually more common amongst species that live in groups.

Haines said she was surprised to discover this behavior in squirrels because they tend to live alone and do not depend on a single female during breeding season.

“It’s fascinating that they change their mating behavior to commit infanticide in mast years, particularly because it means they predict the cone availability in the upcoming fall.”