Man in prison for killing three in 2011 collision denied parole 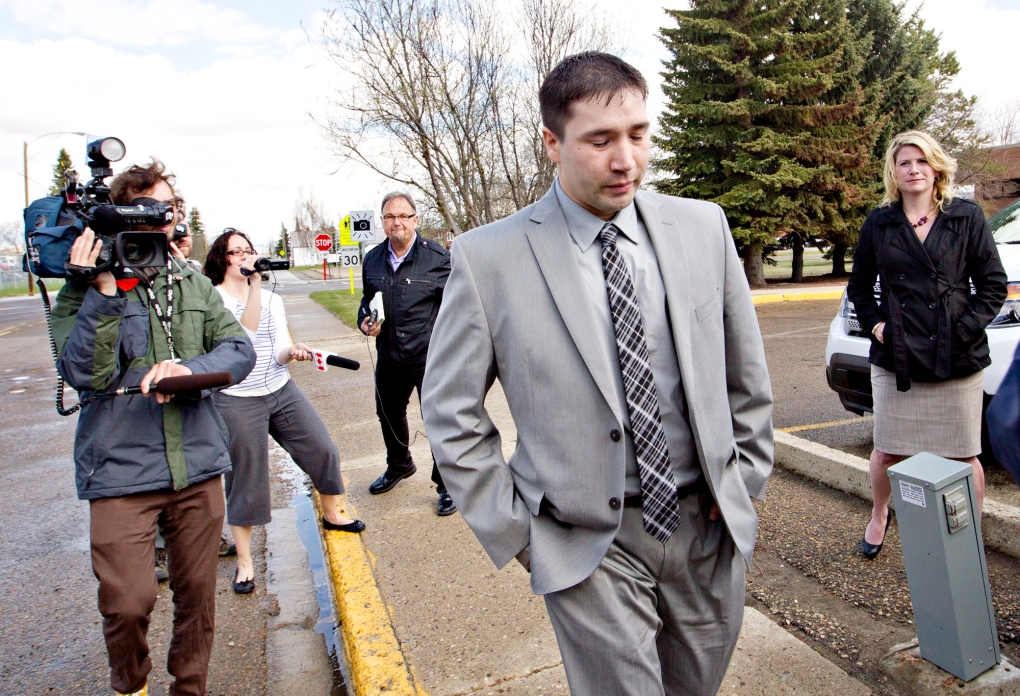 Jonathan Pratt leaves the courthouse in Wetaskiwin, Alberta on May 15, 2014. (Jason Franson / THE CANADIAN PRESS)

Jonathan Pratt, the man serving eight years in prison for killing three Beaumont men in a car accident in 2011 was denied parole, the mother of one of the deceased told CTV News.

Pratt was convicted in 2014 with three counts of manslaughter and impaired driving in connection to the November, 2011 collision that killed 22-year-old Thaddeus Lake, 18-year-old Kole Novak and 18-year-old Bradley Arsenault.

Arsenault’s mother Sheri told CTV News she attended the parole in Winnipeg last week and was pleased by the board’s decision to deny Pratt parole, but surprised by his lack of remorse.

“There was no apology to Brad, Cole or Thad,” Sheri Arsenault said. “No apology to the families.”

The national parole board has not yet confirmed that Pratt’s parole was denied.