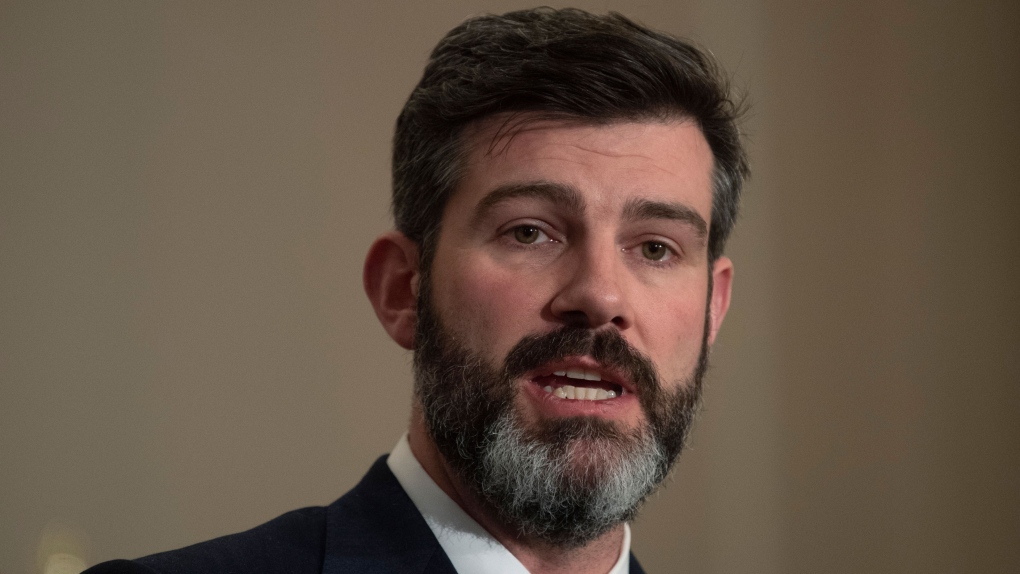 Edmonton Mayor Don Iveson responds to a question during a news conference in Ottawa, Thursday, February 6, 2020. A group representing Canada's cities says municipal budgets are on the brink of financial crisis due to COVID-19 unless the federal government gives billions of dollars in help.THE CANADIAN PRESS/Adrian Wyld

EDMONTON -- The mayor of Edmonton is calling for a unified approach to climate change among all municipalities surrounding the city.

Don Iveson made his pitch for a more unified approach to lowering carbon emissions in the region at the Edmonton Metropolitan Region Board (EMRB) meeting Thursday. He tabled a motion to initiate preliminary discussions about climate change cooperation in the region.

The board, made up of mayors and city officials from the 13 municipalities surrounding Edmonton, helps facilitate long-term planning for the region.

Iveson said an issue like climate change knowns no borders, therefore, a unified regional approach to climate policy will help address this issue while also attracting talent and big investment to the Edmonton area.

He is calling for better regional environmental standards for constructing new neighbourhoods along with consistent regulations on retrofitting older buildings with more energy-efficient heating and cooling systems.

“For this to really work it can’t just be Edmonton. It’s got to be greater metropolitan Edmonton in order to be fair and have a level playing field, but also to really unlock the economic opportunities that come with having a region that’s really aligned to what the world is asking for in terms of a low carbon future,” Iveson said.

“If we’re going to pitch this region for investment to the world, and if we’re trying to keep talent here too, then ideally it’s a region wide push, not just a city of Edmonton push to do the right thing on climate.”

Iveson wants the metropolitan region to begin planning or initiating preliminary discussions so that concrete strategies can be implemented in the near-future and that the region is not undercut.

In an interview with CTV News Edmonton, Iveson said Edmonton has national and international “leadership credentials” when it comes to building a city that is less reliant on carbon.

According to Iveson, the motion to the EMRB is happening just as the city will consider the implementation of its own energy transition strategy.

“It’s time to make this tangible at the metropolitan scale,” he added. “It’s an invitation to work together towards the broader climate goals that Canada’s agreed to and the United States have agreed to again, and the direction the world is going.”

Edmonton has a goal of becoming carbon neutral by 2050, in line with Canada's commitment.

The motion was referred by the board to their June meeting so that member municipalities have time to consider the cost of dedicating staff time to the review during the COVID-19 pandemic.

She added that while a regional carbon budget sounds “compelling,” modelling needs to be done in order to see the impacts such a measure would have on rural municipalities

“We have to figure out how does this impact rural versus small towns versus cities, because it is different,” Doblanko said. “Rurals have a different (climate) challenge then our urban partners.”

“Our cities are showing some leadership in this area, but there also has to be some consideration that (rural answers)… will be different – it has to look different.”