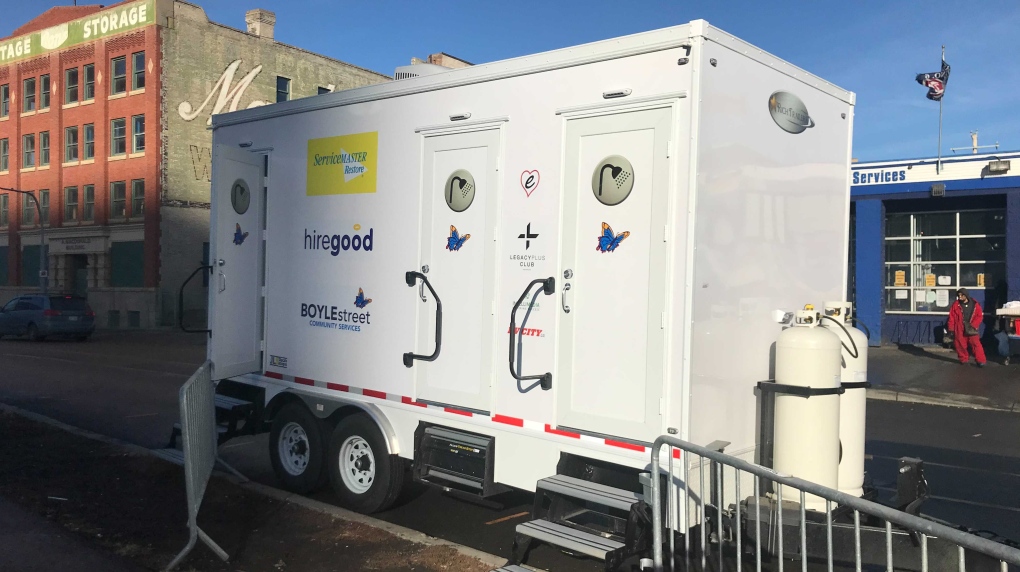 EDMONTO N -- The simple task of taking a shower will now be accessible to those who haven’t been able to.

The Mobile Shower Unit, set up by Boyle Street Community Services, will make having a shower available to the many Edmontonians living rough, and the many homeless that live in areas like the River Valley.

“Taking a shower is something we all take for granted, for people to be able to have that on a regular basis to be able to go look for a housing opportunity or a new job feeling clean and good about themselves makes a huge difference in their confidence and their ability to go access those supports.” Said Jordan Reiniger, Executive Director of Boyle Street Coop.

The shower was made possible by a $25,000 donation from a donor who wishes to remain anonymous.

The Legacy Plus Club handled the rest of the fundraising and multiple sponsors stepped in to help, with the unit costing approximately $50,000.

The shower unit has three full showers, is fully mobile and can be transported around the city to hard to reach areas such as the river valley.

The plan is to have all the shower necessities such as shampoo, shaving needs and towels available. The units are on a timer so each shower will run for six or seven minutes.

During the winter months it will be parked in one of the loading bays at the Edmonton Convention Centre which will be the city’s temporary accommodation site for the homeless during the pandemic.