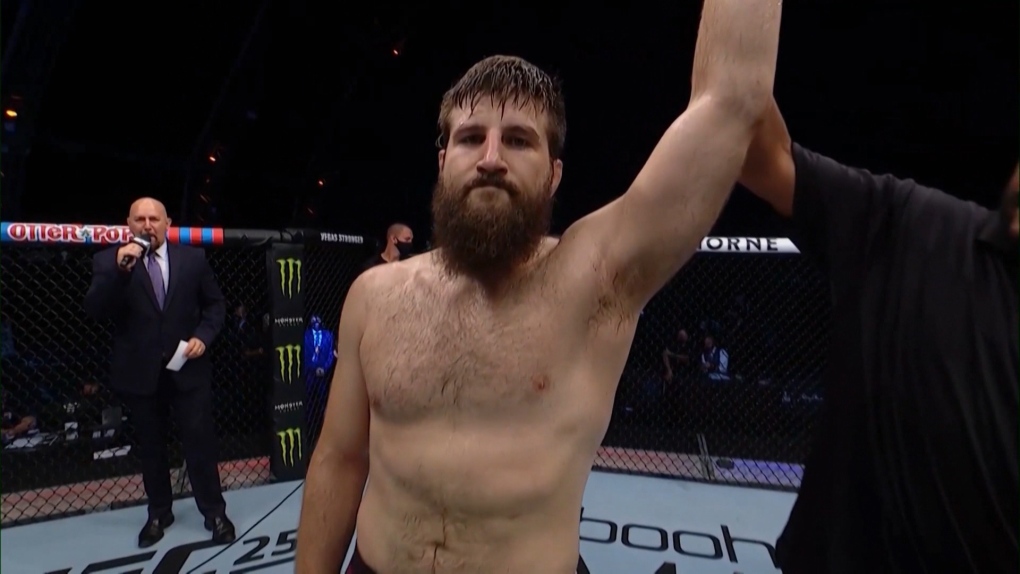 EDMONTON -- Alberta heavyweight Tanner (The Bulldozer) Boser says he has no problems with the judges' decision in his weekend loss to former UFC champion Andrei (The Pit Bull) Arlovski.

But the 29-year-old from Bonnyville, who now calls Edmonton home, say he was not happy with his performance in the co-main event of the Fight Night card in Las Vegas.

“Was the fight really close? Yes,” Boser said in a social media post Monday. “Did I lose? Yes.

“I'm not happy with myself and I have to get better. I had a big opportunity and I blew it. Arlovski is a legend and it was an honour to share a fight with him.”

How difficult was the fight to score?

Each of the three judges gave Boser a round but none the same one. Eric Colon gave Boser the nod in the first Chris Lee the second and Ron McCarthy the third.

Boser, who was favoured by the bookmakers Saturday, weighed in 232.5 pounds, his lightest in UFC action. Arlovski was 244.5 pounds.

Arlovski made his UFC debut at UFC 28 in November 2000 when Boser was nine. The Canadian was 13 when Arlovski, a Belarusian-born American-based fighter, had the UFC championship belt wrapped around his waist for the first time at UFC 51 in 2005.

Arlovski said Boser reminded him of a younger version of himself.

“He's young, hungry, strong and I knew he was going â€¦ to try and knock me out.”

Boser was coming off impressive knockout victories over Philipe (Monstro) Lins on June 27 and Rafael Pessoa on July 25.

Saturday's fight was Boser's fifth in 13 months - and the second on his new UFC contract. He had a brief spell at No. 15 in the heavyweight rankings before he was overtaken by others.

Arlovski has now won three of his last four outings.

It was a good night for fight veterans. The main event at the UFC's Apex production facility saw 41-year-old Glover Teixeira, ranked No. 3 among light-heavyweight contenders, defeat No. 1 Thiago Santos by rear-naked choke.

This report by The Canadian Press was first published Nov. 9, 2020