Filipino community turns out for swabbing drive for teenage girl 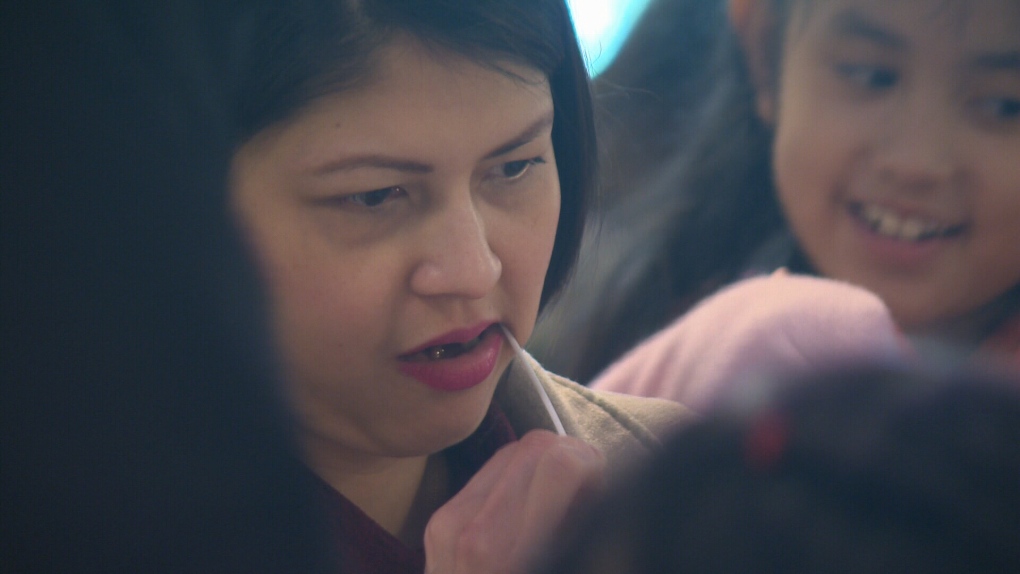 Dozens from Edmonton’s Filipino community attended a swab drive Sunday at the request of a Calgary family who hopes they can find a stem cell donor match for their teenage daughter.

The drive was just one of several events planned in Edmonton, Calgary and Winnipeg by the Match for Roshlind Campaign.

Roshlind Mance, 16, was recently diagnosed with aplastic anemia and paroxysmal nocturnal hemoglobinuria, also known as PNH. Both conditions affect the way her body produces blood cells. PNH affects approximately one in one million people, and is very costly to treat.

Since being denied medical coverage from the Alberta government, Mance’s family has focused their energy on one last hope: finding a stem cell donor.

Because none of Mance’s family are eligible, they’ve widened the search to the public sphere, where the best chance of a match is someone also of Filipino descent.

“Even if nothing comes about for Roshlind here, the hope is that there’s still a match from someone out there,” said Roshlind’s cousin, Emery Mance, on Sunday.

Sunday’s drive was inspired by the effort to find a stem cell donor for an Edmonton man who was battling cancer.

During the search for a match for Bille Nguyen, his sister, Susan Nguyen, learned how difficult it can be to find a donor for individuals of a minority ethnicity.

Only 28 per cent of the Canadian Blood Services database is ethnically diverse. One per cent of donors are Filipino.

When Emery Mance attended one of the Nguyen family’s drives, not knowing much about the donation process but aware that her cousin may soon need the same treatment, the two families connected.

“Hearing about Roshlind and realizing that they’re going through the same thing my family is, it just broke my heart,” Nguyen said Sunday at the event.

Nguyen has since learned she is a donor match for her brother, who will undergo a stem cell transplant in November, but continues to educate the public about the importance of diversifying the donation pool.

“You don’t want to wait until it affects your family,” she said. “You can’t stop cancer. You can’t stop these diseases. But you can get out there and you can widen that base in preparation.”

Roshlind’s sister, Adrienne San Juang, called Nguyen’s assistance “amazing” and said they hope to help others in the process.

“We never want another family to go through what we’ve been through, so hopefully we can relieve that pain and suffering from someone else.”

The next event will be a two-day swabbing drive in Winnipeg on November 3 and 4.