EDMONTON -- Edmonton restaurants have started to set up patios earlier than usual, in an effort to stay in business after in-person dining was shut down again.

“The tables were frozen, the chairs were (frozen) at 8 a.m. this morning,” said Vik Mahajan with the River Cree Resort and Casino

This is the first year setting up a patio for the River Cree Resort and Casino, one of many doing so as the third wave of COVID-19 hits the province.

“We decided, let’s do an outdoor patio, it was a spur of moment decision,” said Mahajan. “There’s been a lot who have been laid off, so at least this gives an opportunity to some people to stay on and keep working.” 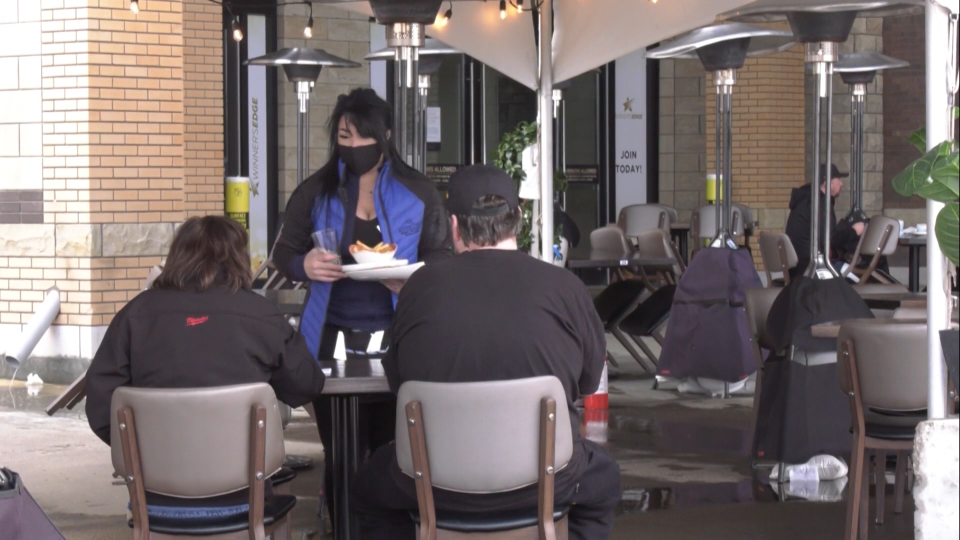 The casino was just one of many businesses to brave the cold in an effort to attract customers amid new restrictions on restaurants and bars.

“Obviously we had to adapt on the fly,” said Rajaa Berro, the owner of PM Lounge.

The PM Lounge patio is set up in the parking lot of the business, with enough seating for 25 people to eat at a distance. According to Berro, larger restaurants have patios that can seat four times that amount.

“We should all be treated equally, that’s the biggest thing the government missed the mark on,” said Berro.

The inequality worries Berro and another small business owner, who say they are just trying to keep afloat.

“I can go and get groceries last night for my son and I and basically rub elbows with people in the produce lines,” said Dave Bowie, owner of The Twin Otter Pub. “It’s ridiculous.”

Customers braved the snow and cold to come to the patio at The Twin Otter over the weekend, but the amount of business doesn’t compare to before the restriction rollbacks, according to Bowie.

The province returned to Step 1 of COVID-19 restrictions Wednesday while restaurants, bars and cafes had to stop in-person dining on Friday.