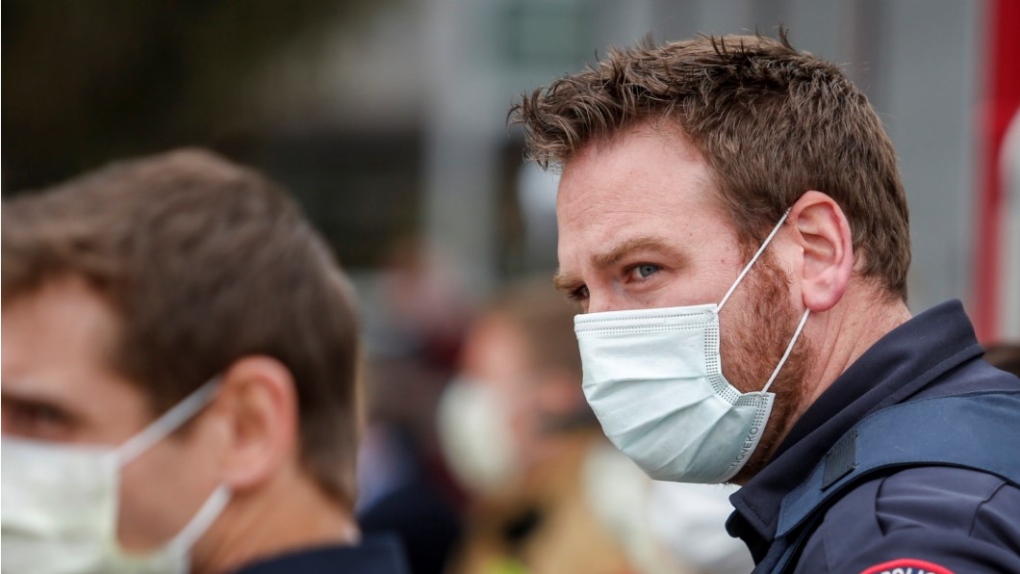 A police officer wears a mask amid the COVID-19 pandemic on Tuesday, April 14, 2020. THE CANADIAN PRESS/Jeff McIntosh

The value can be calculated using one of several different models which estimate a number of factors around the virus and population. The province has provided the statistic on a weekly basis since Dec. 8.