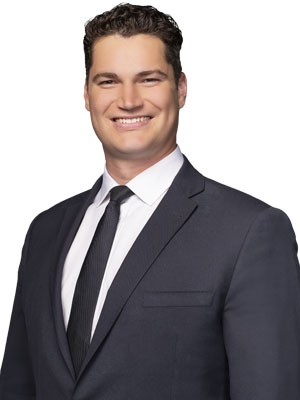 Jeremy Thompson is a born and raised Edmontonian. His interest in news began after graduating from high school.

Jeremy made the Dean’s list in NAIT’s Radio and Television Arts program and quickly followed his passion to Lloydminster AB/SK. Beginning his career as the city council reporter and weekend Weather Specialist for Newcap News, Jeremy worked his way to Head Anchor/Senior reporter.

Over the course of two years in Canada’s Border City, Jeremy reported on tragedies, trials, and more than his fair share of fun runs—perhaps most famously tracking down the notorious Tim Horton’s Goat from Saskatoon to Vermilion.

In May 2016 Jeremy made the move home to Edmonton, filling in wherever needed, often telling the stories of evacuees from Fort McMurray. In August Jeremy made the transition to full time, settling into his role as a reporter during the week and as a video journalist on weekends.

In his spare time Jeremy feeds a newly-developed golf addiction on local courses and enjoys playing sports with friends.