Residents in parts of Metro Edmonton spent part of Saturday examining the damage after heavy rains and hail battered the area west of Edmonton the day before.

The storm left cars damaged and produced a tornado watch, though no reports emerged of a twister touching down.

“The sky went from blue to grey to green and next thing you know I’m watching my truck get beat up by golf ball sized hail,” said Travis Stuve

Stuve says he watched the storm from inside his home and ushered his family downstairs as the hail worsened fearing the windows would break. 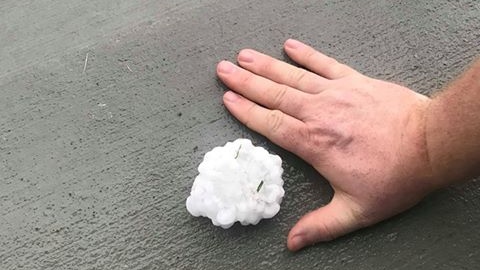 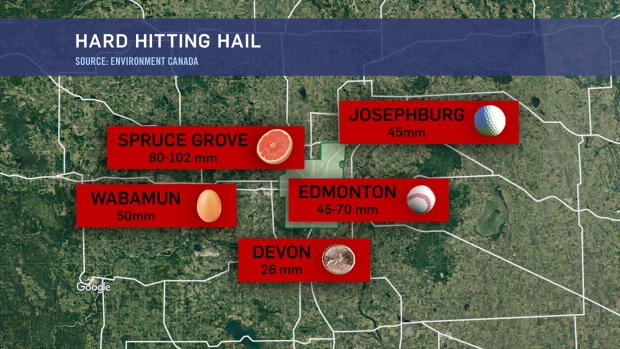 Kate Dunn ran out after the storm to find the hail had shattered her car’s rear windshield.

“I’ve heard of cars getting dented by hail but I don’t think I know anyone that’s had a window completely smashed,” she said.

“Unlucky that it was our car, but that’s life I guess.”

Kowalcyzk says he had to wrap his kids in a raincoat while bringing them inside to protect them from the downpour.

“It’s just a reminder of what can happen,” he said. “Mother Nature can be fierce.”