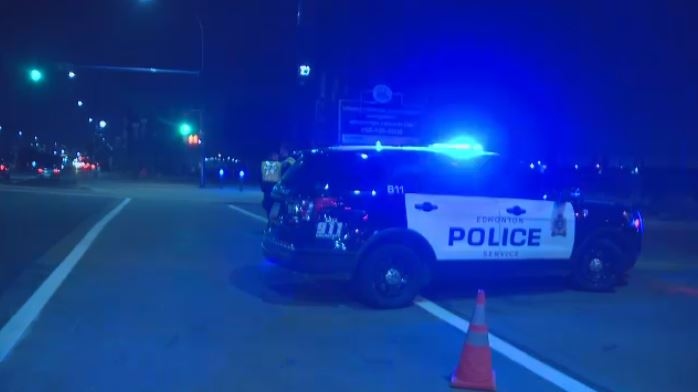 Police at the scene of an officer-involved shooting in northeast Edmonton on Saturday, August 18, 2018.

An Alberta provincial court judge wants the Edmonton Police Service and all other police agencies in the province to develop better policies and procedures for dealing with criminal flight events.

The recommendation comes as a result of an inquiry into the death of Sterling Cardinal, who was fatally shot by EPS on Aug. 18, 2018.

Cardinal, 30, was inside a stolen Oldsmobile with a sawed-off rifle when he was ordered to surrender to police.

Gunfire was exchanged between him and an officer, and the officer fatally shot him.

Earlier in the evening, Cardinal had been involved in a hit-and-run collision with another vehicle, which led to police being called to the scene.

An investigation by the Alberta Serious Incident Response Team found that the use of force by the officer who shot Cardinal was reasonable given the situation.

The government report, which was released on Wednesday, calls for EPS to implement clear strategies to mitigate the risks associated with traffic stops involving stolen vehicles.

“Clear, accessible, evidence-based policies and procedures including both training and oversight will hopefully have a positive impact on how police officers approach criminal flight events similar to interaction on the evening of August 18, 2018, that led to Mr. Cardinal’s death,” Judge Jody Moher wrote.

Additionally, the judge recommended EPS review recommendations made to the Toronto Police Service and Calgary Police Service to implement policies surrounding the use of force.

In 2014, retired Supreme Court of Canada Justice, the Honorable Frank Iacobucci, completed a 300-page report for the TPS in the wake of the shooting death of Sammy Yatim. The report detailed 84 major recommendations with a goal of zero deaths of police officers or civilians.

Similarly, in 2018, retired Alberta Court of Queen’s Bench Chief Justice Neil Wittmann completed a comprehensive and independent review of the CPS after 14 police shootings in 2015 and 2016, six of which resulted in fatalities.

Wittmann’s report contained 65 recommendations for the best possible practices regarding the use of force generally.