A new party will be listed on the ballot when Albertans go to the polls in the next general provincial election.

The Buffalo Party of Alberta hopes to "unleash" the province's potential by focusing on "exercising" autonomy from Ottawa, expanding the public healthcare system, "tackling economic hardship," and focusing the educational system on the "needs of tomorrow."

"When you ask most people, who do you want to vote for, we are starting to find there's not much we can vote for," Molberg said. "We are generally voting against something. So our goal with the Buffalo Party was to create a party that would give you something to vote for."

Molberg says the party is the province's only "member-driven" option, with all policies and stances being developed through consultation with members at workshops and association meetings.

"It's not necessarily the decisions that you make or the policies that you put forward," Molberg said. "It comes down to who you are being as a leader, who you're being as an ambassador, who wants to collaborate and work with you.

"And so there's a basic level of decorum that we feel is not present in (Alberta) politics right now that we would like to improve upon," he added. 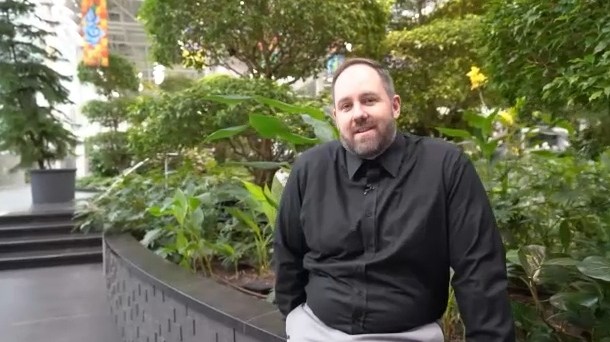 The party gathered more than 14,000 signatures over the past 18 months and officially registered with Elections Alberta two months ago. The official launch for the Buffalo Party was hosted this week in Calgary.

When it comes to credentials, Molberg says he is not a career politician but a business executive who spent the last 25 years in the province.

"Our party was formed by regular Albertans," he said. "We weren't formed by politicians looking to keep a job, but thousands of ordinary people."

'NOT A SEPARATIST PARTY'

In Canadian political history, the name buffalo dates back to an idea of one buffalo province in what is now Alberta and Saskatchewan, said Duane Bratt, Mount Royal University political scientist.

"The reason that the word buffalo comes about is this was an original proposal back in 1905 about one buffalo province coming into Canada that was then divided," Bratt said.

"We are certainly not a separatist party, but we understand a lot of the sentiments behind that," Molberg clarified. "We don't feel that's a pathway for Albertans. If you are a separatist there's other parties you could look at."

"We do feel we don't get a fair shake from Ottawa, and there's a lot we can do to keep our tax dollars here and to keep our decisions local," he said, adding that a party principle is to pursue "autonomy from Ottawa where possible."

The party promises not to spend tax dollars on what it calls "ideologically driven government vanity projects."

"We believe in less government," Molberg said. "We think people are better decision-makers about their life and their money than government ever could be."

"Right now, you can choose between federalists, socialists, or separatists, and we feel that there's middle ground in there for people who aren't necessarily defined by an ideology," he added. "That's who the Buffalo Party is."

When considering what the party stands for, Bratt said there is ample evidence it sees the United Conservative Party as its main rival, with policy points discussing the curriculum, and defending public education and healthcare.

"Much of this is disenchantment with the Kenney government," Bratt said.

As the UCP await the results from Premier Jason Kenney's leadership review contest, Bratt said it will be telling to see if any MLAs or members are swayed.

"I am not hearing that Brian Jean is associated with this, but I know there are other rebel MLAs who are kicking the tires," Bratt added.

Molberg said the party is attracting members of all political stripes and backgrounds.

"People are aware of us," Molberg said. "We are not going to turn people away just because they used to be affiliated with a different party on any side of the spectrum."

He says the party intends to run candidates in every electoral district in the province in the next election.

"The Buffalo Party of Alberta began with ordinary people seeking a better path forward for our province," Molberg added. "If you see yourself as an overlooked Albertan, we welcome you."