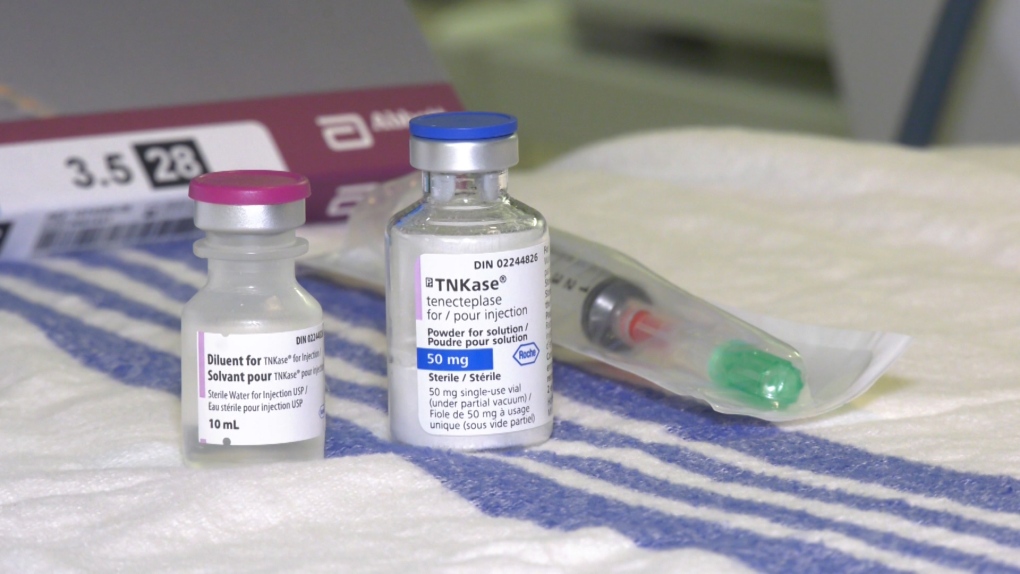 EDMONTON -- Research at the University of Alberta is showing that applying clot busting drugs before a heart attack victim arrives at the hospital increases their chance at survival.

U of A researchers and Dr. Kevin Bainey presented their findings which showed a reduced mortality rate of 2% from the national average of 4%.

“This goes against the grain in terms of what everyone believes,” said Bainey. “The prevailing belief is that the primary PCI approach is better than a drug-based approach, and that the drug-based approach has a higher risk of internal bleeding. But our data shows that not only is this approach just as good, it’s better with no difference in major bleeding.”

It's called the Alberta Vital Heart Response program, the idea is that as soon as a patient has been diagnosed by paramedics, and confirmed by the Dr. over the phone, a clot busting drug will be administered which allows the patient more time before they have to undergo treatment in a cardiac catheterization lab.

Darrell Macdougall of Spruce Grove has been on the receiving end of this new line of thought twice, once in 2009 and again in 2019.

“I was on my last breath to be quite honest with you. They gave me the (clot) buster and I was off in the ambulance,” said Macdougall. “I could feel it go down to the bottom of my feet, swirl around a few times and up it came. And I thought to myself – ‘jeez… you know what, I’m going to make it.'”

Dr. Bainey admits that they there will be a larger upfront cost with this new treatment, but will save money in the long run because patients would not need to be seen when emergency costs are higher.

Currently, only Edmonton and areas north of Red Deer are using this strategy in Canada when it comes to treating heart attack patients, some areas in the EU have also adopted a similar strategy.

Bainey also added that there are steps being made to spread this strategy to other regions, but costs are the biggest hurdle that has to be overcome.

“Why the other provinces are not doing this, I just don’t understand it,” said Mcdougall. “It saved my life twice. Twice. That’s for sure.”