EDMONTON -- Patients with neck and head cancer who have difficulty swallowing will now be able to eat solid foods at home with the help of a new mobile device.

The Mobili-T is the first swallowing therapy device patients can use from the comfort of their homes to retrain their throat muscles.

Developed by University of Alberta researchers, the wireless device attaches to the throat and gives patients real-time feedback through an app as they eat. 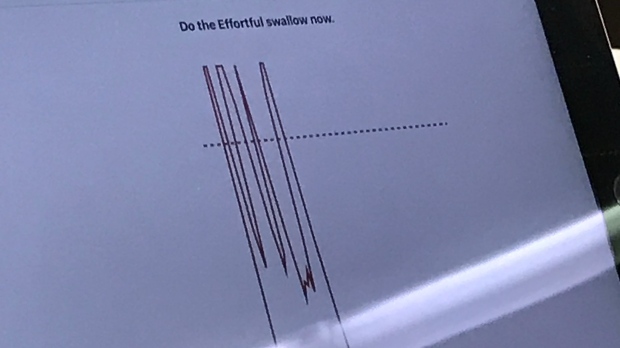 Though the training technique has existed before, the new mobile version will allow patients who have difficulty getting to clinics more access, as well asincreased use toimprove results.

Leslie O’Connor-Parsons  was diagnosed with head and neck cancer in 2014.Since using the Mobili-T,she has gone from a mostly liquid diet to being able to enjoy solid foods again.

“I was literally amazed to swallow something solid for the first time in five years," she said. “It’s amazing.”

O'Connor-Parsons was one of 20 patients that participated in the trial for Mobili-T, where 25 per cent reported improvements after six weeks of treatment.