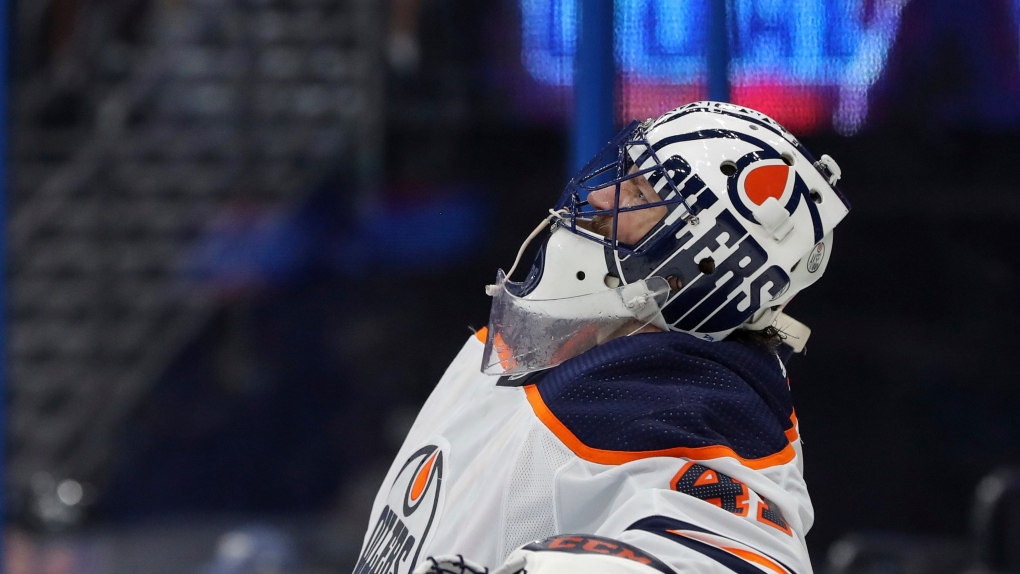 The man who was supposed to be the Edmonton Oilers' top goalie this season has had another injury setback.

Mike Smith, who has stopped pucks in just six games all season, missed practice on Thursday with a nagging thumb injury and he will be out for a week or two.

Head coach Dave Tippett said Smith has a partial tear of a tendon in his thumb, which an MRI revealed is not completely healed.

Smith was injured Dec. 31 in an overtime loss to the New Jersey Devils. He last played Jan. 5 in a loss to Toronto.

"It was bothering him. He decided to get some (MRI) pictures of it. It's an injury that you got to give it a little bit of time to settle down," Tippett explained.

"He's a key guy on our team. We were expecting (Smith and Mikko Kosinen) to share the net, and Smitty has been banged up most of the year. He talked today about trying to play through it, but they want to give him at least a week off here."

The Oilers were left with just Koskinen on the active roster, who had lost his last six games.

Ilya Konovalov was on the team's taxi squad, but he was on COVID-19 protocol Thursday and has never played in an NHL game.

Tippett said rookie goalie Stuart Skinner would be recalled from the team's American Hockey League farm team in Bakersfield, but they were awaiting COVID-19 test results.

"They had a lot of guys down there test positive. So they're making sure he can cross the border," Tippett said.

"He's played very well down there, so we're very comfortable bringing him up and playing him. He's shown he can play at this level," he said of Skinner, who has played just 11 NHL games in his career.

The Oilers are scheduled to play the Ottawa Senators on Saturday night in Edmonton.