Opera on the menu: Café, cabaret hosting new show served up in Edmonton 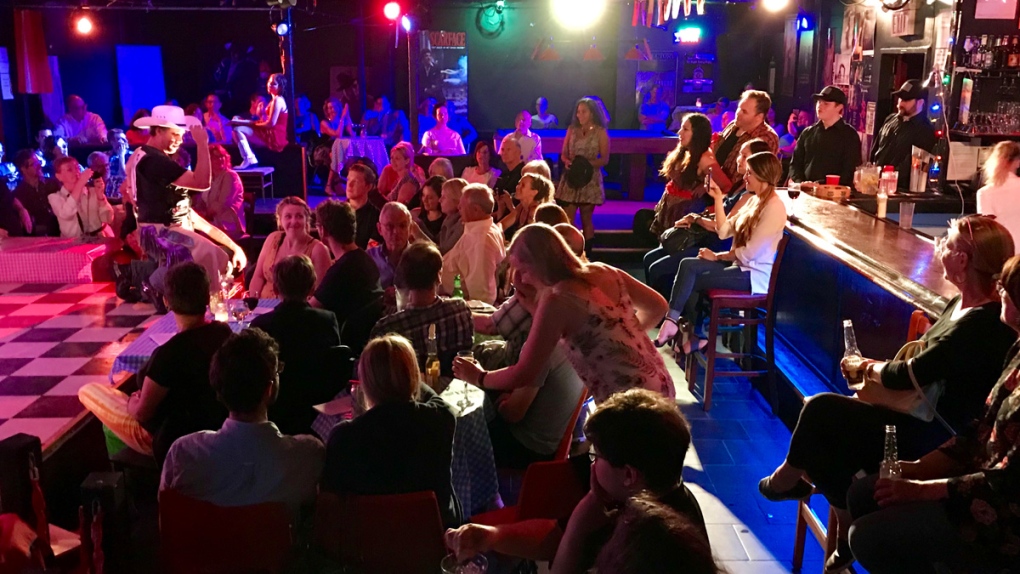 A classic opera is being shown in unusual settings in downtown Edmonton, including a café and a cabaret.

On Wednesday night, a packed house enjoyed coffee, pie and an up-close performance of the opera Carmen at the Commodore Restaurant on Jasper.

At the Commodore, a half dozen performers worked amongst the crowd, singing while drinking coffee at a table, working behind the café counter and even spilling the storyline out onto the sidewalk.

“I have done some out-of-theatre experiences before but I think that was by far the best one,” said Thea Moss while changing settings. “They couldn't have chosen a more perfect venue. The sound was incredible. Their voices sounded incredible.”

The show, the actors and the audience moved a few blocks away to Chez Pierre Cabaret for the final three acts.

At Chez Pierre, performers climbed onto chairs, the cabaret stage, and even the bar to belt out their lines. 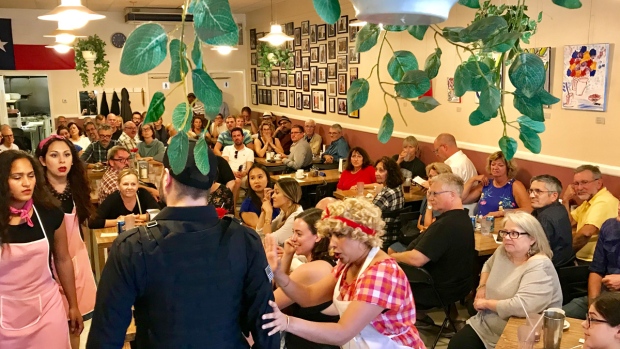 Experienced opera singer Boris Derow has performed at Chez Pierre before but never at the Commodore.

“Instead of me going, 'Excuse me sir, you're in my way,' I'd have to say, 'Pardon' kind of thing. But that's all improv and people actually love it,” Derow said.

For the show producer, doing a classic art form differently is about keeping things fresh for both new and experienced opera fans.

“Opera is not dead. It has a reputation for being a dying art form. And I feel like this treatment is actually reviving it and bringing in new audiences,” Parada said.

Mercury Opera is performing Carmen again Thursday night. More information can be found on its website.