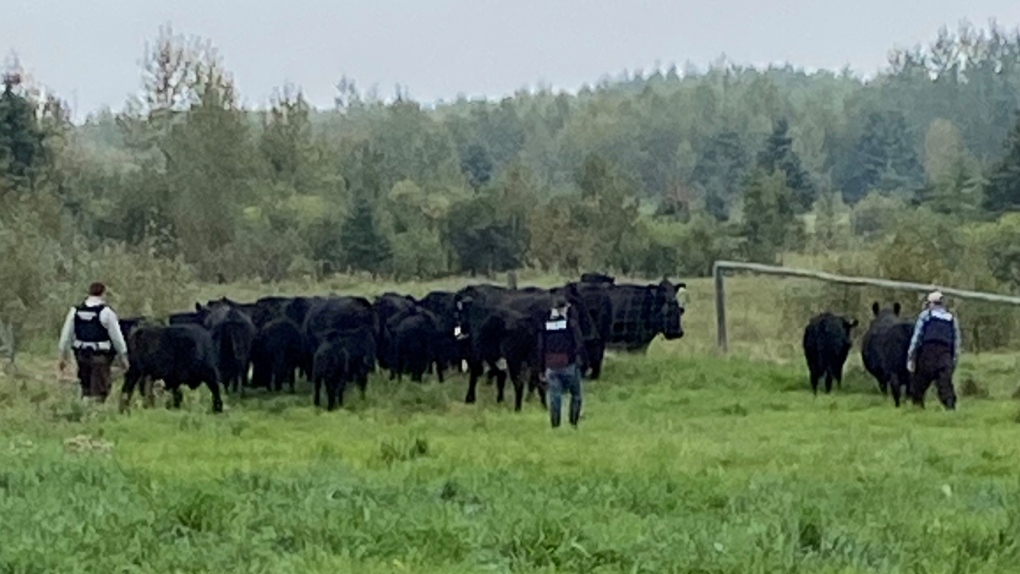 Some of the fraudulent cattle RCMP located as part of an investigation in Alberta and Saskatchewan (Source: RCMP)
EDMONTON -

RCMP charged two Albertans in connection to an investigation uncovering more than a dozen fraudulent cattle purchases in Alberta and in Saskatchewan.

Mounties say they were first notified in August of a fraudulent purchase of cattle in Tofield, Alta. Investigation revealed cattle were transported out of province without a brand inspection and they were purchased with a fraudulent cheque.

Two weeks later, Mounties say another search recovered more cattle that were fraudulently sold by the same people in Thorsby, Alta., and Lloydminster.

Shane Hoff and Shanon Hoff, both residents of Two Hills, Alta., face charges of fraud over $5,000 and are scheduled to appear in Vegreville provincial court on Oct. 18.

RCMP recommend any owner of livestock brand their cattle and horses as it is the primary means of ownership identification during investigations.

Police believe the pair of accused to have been involved in similar business transactions and encourage anyone with information or affected to contact Alberta RCMP Livestock Investigations Unit at 403-598-6991.