EDMONTON -- About 30 campers who were staying in Edmonton’s Light Horse Park were evicted Thursday morning.

Police and bylaw officers woke the remaining residents of the Peace Camp at 7:30 a.m.

Just after 11:30 a.m., city workers in hazmat suits were still cleaning up the area.

Organizer Kevin Bell told CTV News Edmonton that he had mixed feelings about the project coming to an end, but the colder temperatures created some problems. 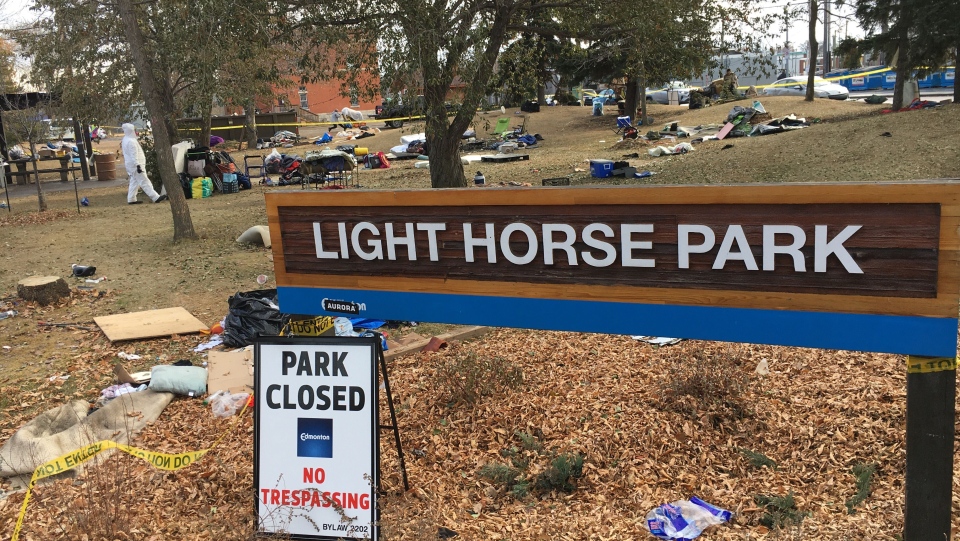 Options now include a south-side warehouse, Commonwealth Stadium and a temporary homeless shelter at the Edmonton Convention Centre that opened on Oct. 30.

A second homeless camp in Edmonton’s river valley is set to close on Nov. 7.