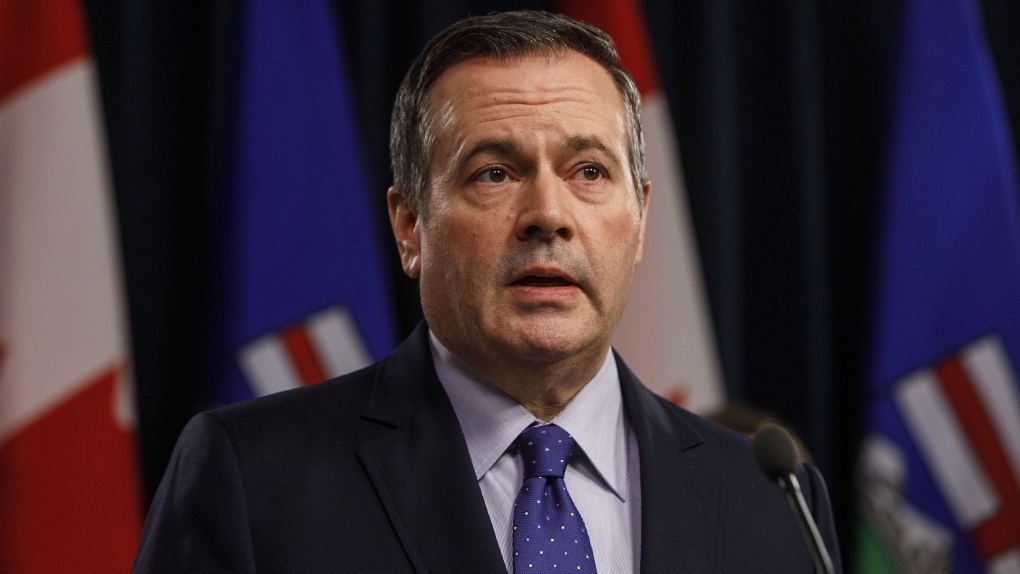 EDMONTON -- In an effort to keep its promise to have offered a first dose of COVID-19 vaccine to every adult Albertan by the end of June, the provincial government is expanding the list of pharmacies offering the shot.

Since March, the number of pharmacies that can give a COVID-19 needle has doubled from about 100 to 259 as of Thursday, Premier Jason Kenney and Health Minister Tyler Shandro announced that day.

Speaking in front of a south Edmonton Shoppers Drug Mart, the officials said the increased capacity meant pharmacists were expected to deliver about 66,000 doses by the end of the week.

They said if Alberta received all of its promised doses from Ottawa without delays, the number of pharmacies offering COVID-19 vaccine could grow to 1,300.

"They are ready. But they just need the doses," Kenney told media.

He noted that week's Moderna supply had been delayed by a malfunction with the aircraft carrying it, and the government had learned Alberta's shipment would be split over two weeks.

That Alberta's immunization program has continued to be plagued by delays is "entirely the responsibility of the federal government and they have not given us an explanation," the premier commented.

"As long as the federal government meets the delivery commitments that they have provided us, we're looking at life on the other side of the pandemic this summer," Shandro said, speaking on the one-year anniversary of Alberta's first COVID-19 related death.

Thursday morning, Canada finalized an arrangement to receive 1.5 million doses of the AstraZeneca vaccine from the United States.

According to Shandro, the province has administered more than 400,000 doses altogether. That includes two doses each to some 92,000 Albertans who have been fully immunized.

Kenney called the progress in Alberta's vaccine program a factor in bringing down its COVID-19 mortality rate – especially among residents of long-term care and designated supportive living facilities, who were among the first to be vaccinated – and "stabilizing" overall infection rates.

When asked if the province could decide in a week to ease restrictions further, he said: "We're going to have to take a look at all that data, but our key benchmark is that we're at about 250 to 260 folks in hospital with COVID, only about 40 in ICU, meaning we have enormous flex capacity in the health system, and we are every day vaccinating more and more of the vulnerable."

But, he added, "I can't make an announcement yet because we haven't made a decision."