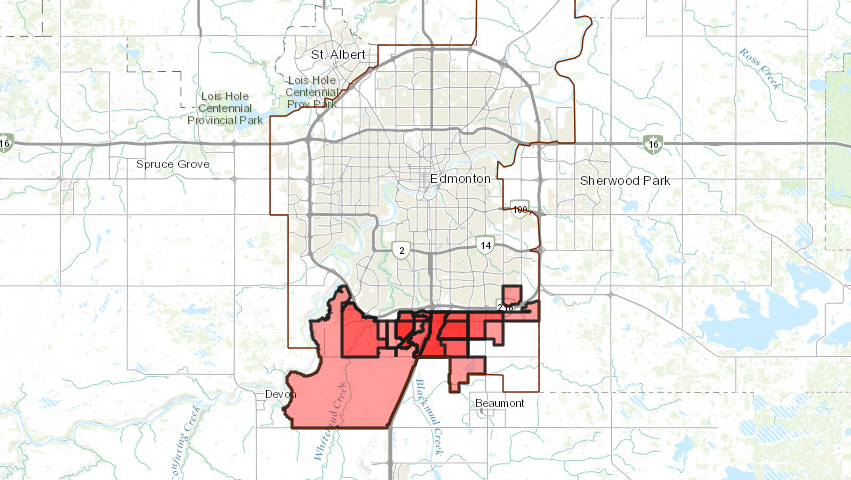 Over Monday night and early Tuesday morning, power returned for some 45,000 EPCOR customers affected by an outage.

EPCOR said the cause was under investigation and the estimated restoration time was 9:30 p.m. However, as of 9:55 p.m., most affected neighbourhoods were still waiting for power restoration. Traffic lights were also out in the areas, and drivers reported delays.

"We appreciate the public’s support as we work as quickly and safely to restore power," EPCOR said in a statement Monday night, providing no other details on what caused the problem.

According to a company spokesperson, half of the affected customers saw power restored by 10:30 p.m. The rest were brought back online in intervals throughout early Tuesday morning.

"Our first priority is always to restore power and then our crews will investigate the nature of the equipment failure. We want to thank customers for their patience and support of our crews as they worked through the night," Laura Ehrkamp wrote in a statement.

She said the investigation would take some time.

CTV News Edmonton requested an interview with EPCOR on Tuesday, but the request was denied.

More than 30 neighbourhoods were listed in the original outage, including: