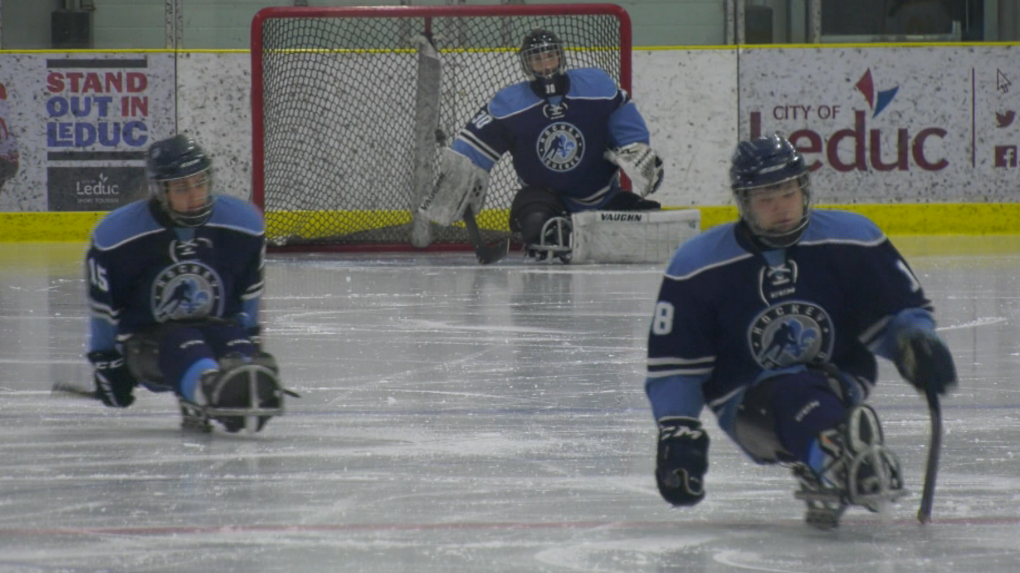 Quebec has unseated Alberta as the gold-medal champions of the Canadian Para Hockey Championships.

The annual games took place in Leduc between Friday and Sunday.

The tournament hosted by Alberta Sledge Hockey and Wheelchair Sports Alberta was founded in 2016, with Alberta taking home gold four times in a row.

In addition to Alberta, Quebec and Ontario, teams from Manitoba and Saskatchewan joined for the first time this year. Organizers are hopeful that teams from more provinces will join in the future.

“We really want to develop more players into this level,” Wigston said. “These are the elite teams in each province.

“The caliber we’ve got here is the best caliber in Canada. There’s very few people better than [those] on the ice [at this tournament].”

The tournament was founded by the Alberta Sledge Hockey club to support sledge hockey players in achieving higher levels of play, and develop athletes to play for Team Canada.

An emergency resolution before the Assembly of First Nations annual meeting to reaffirm the suspension of National Chief RoseAnne Archibald has failed in Vancouver.

A man charged Tuesday with seven counts of murder after firing off more than 70 rounds at an Independence Day parade in suburban Chicago legally bought five weapons, including the high-powered rifle used in the shooting, despite authorities being called to his home twice in 2019 for threats of violence and suicide, police said.

BREAKING | Woman who was set on fire on Toronto bus has died, police confirm

A northern heatwave is melting records in Yukon and Northwest Territories, where temperatures climbed above 30 C in the Arctic Circle.