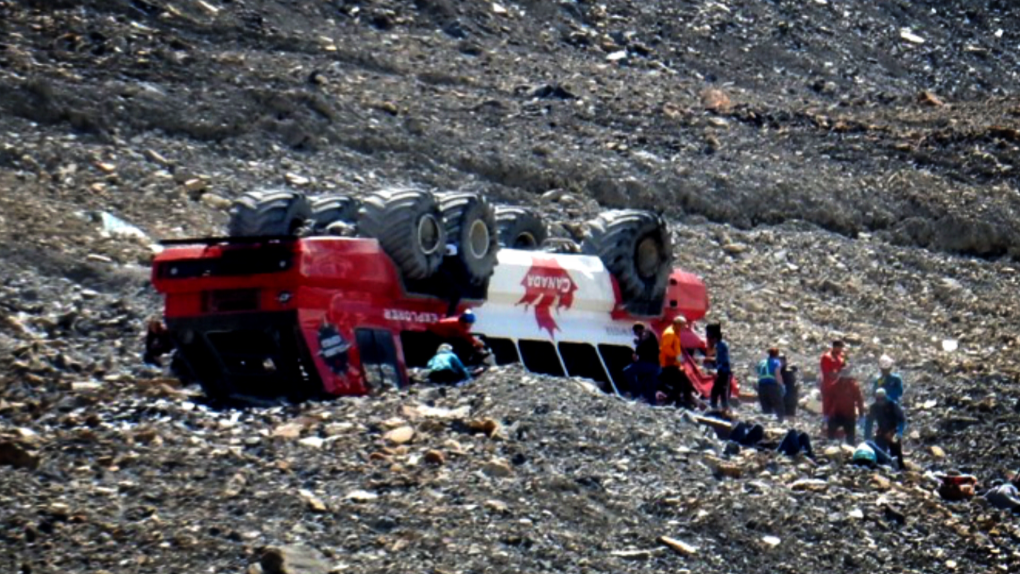 The cause of the tour bus rollover at Columbia Icefield on July 18 hasn't been determined, but the president of Banff Jasper Collection by Pursuit says he is committed to making any necessary changes.

EDMONTON -- RCMP are asking the public if anyone has video of the tour bus involved in a fatal rollover in Jasper, Alta., on July 18.

Mounties want video of the Ice Explorer's morning tour at approximately 11:45 a.m. before the crash that killed three people and sent several to hospital in Columbia Icefield.

If you have video from the early morning tour, we would like to speak with you. Please contact the Jasper RCMP Detachment at 780-852-4421.