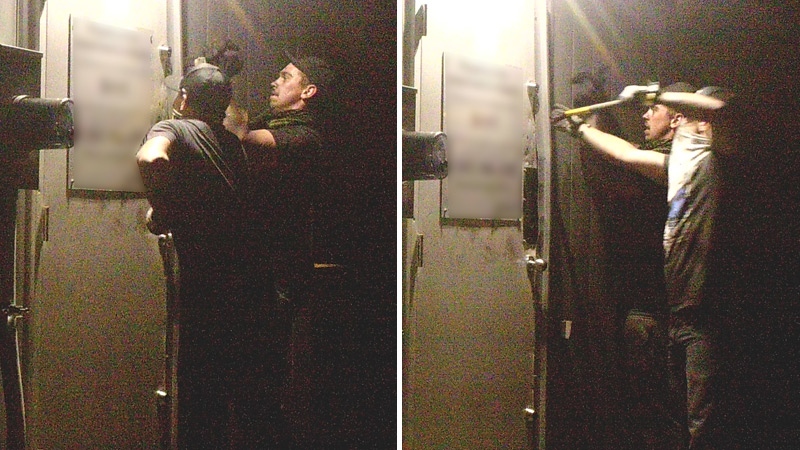 Police west of Edmonton are trying to identify suspects in a series of thefts – RCMP said a number of batteries have been stolen from a number of cell towers.

RCMP in Stony Plain/Spruce Grove/Enoch said police have received nine complaints over the thefts since August 24, it’s believed the batteries are being sold to scrap metal businesses.

Other RCMP detachments in the Edmonton-area have also seen a number of similar reports – investigators from all of those detachments are working together on these cases.

It’s believed the suspects are accessing locked compounds and breaking into cell towers to remove the batteries.

Some of the batteries have been described as 12 volt deep cycle batteries with the following brands: Deka Unigy, C&D Technologies Long Duration Series, Northstar NSB 170FT.

RCMP released stills taken from surveillance showing suspect males – police are asking for the public’s help to identify those suspects.

At this point, police said a connection between all of the thefts had not been established, investigators are trying to solve individual cases, in the hopes of solving all of them.

Anyone with information on these thefts is asked to call Stony Plain/Spruce Grove/Enoch RCMP at 780-968-7200 or local police.