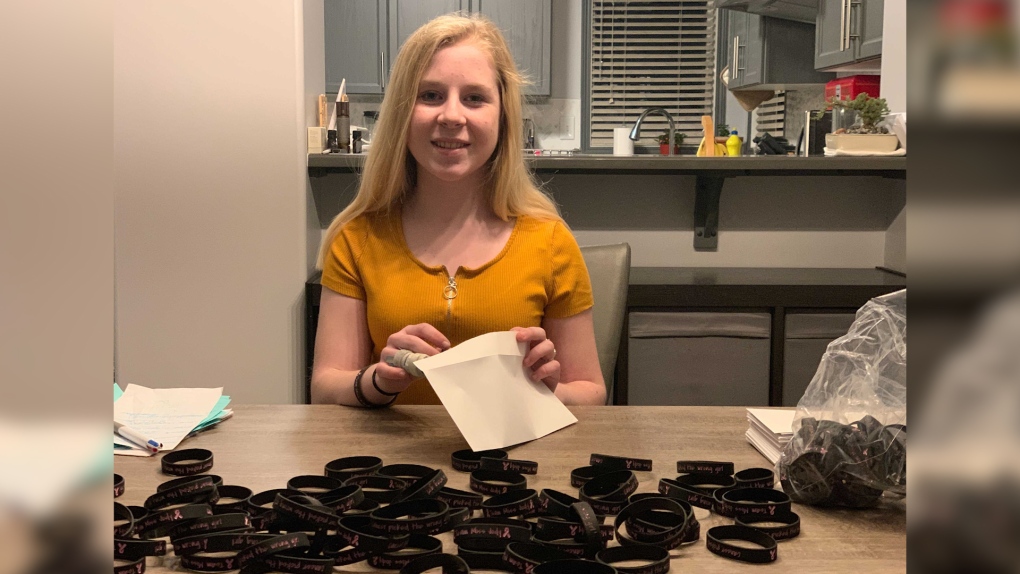 Kaitlyn Rumohr with the bracelets she is selling to support her dance instructor with cancer. (Kaitlyn Rumohr)

RED DEER -- A 12-year-old girl in Red Deer is selling bracelets to help support her dance teacher who is battling with breast cancer.

Kaitlyn Rumohr has been dancing since she was six-years-old. Her dance instructor, Jody Liptak, has been teaching her every step of the way.

“She means everything to me,” Kaitlyn said. “She always has our best interests in mind, and she’s just amazing.”

Liptak was diagnosed with breast cancer last October during a routine checkup. She kept her diagnosis a secret from her students until she went in for surgery in December.

When Kaitlyn heard the news, she said she was devastated.

“I was just completely shocked,” Kaitlyn said. “I never imagined that such a thing could happen to someone so close to my heart.”

Kaitlyn’s mother Dianne started a GoFundMe campaign for Liptak in January. A week later, Kaitlyn thought of starting her own fundraising campaign by selling bracelets.

“We just wanted a way the kids could help because with the GoFundMe a lot of the kids don’t have enough money to be spending hundreds of dollars for her, but everyone has $5 that they could spare for her,” Kaitlyn said. 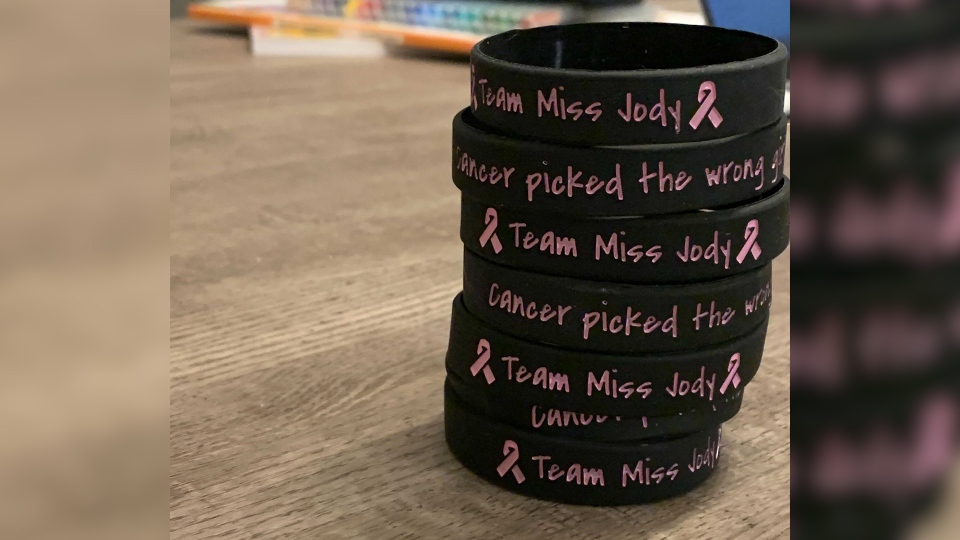 The bracelets have the phrases “Team Miss Jody” and “Cancer picked the wrong girl” on them. Kaitlyn and Dianne have sold and delivered more than 400 bracelets with all proceeds going to Liptak.

“I would not have said I would deliver all of the wristbands had I known they would have gone so fast,” laughed Dianne.

Liptak has undergone two surgeries since her diagnosis in October. When Liptak went in for her second surgery, she noticed that two of her nurses were wearing the “Team Miss Jody” bracelets.

“When I entered into the operating room, two of my dance moms were OR nurses, and they both had them on, so it was just like they were right there with me right through it all,” Liptak said.

Liptak said she is doing well and is now receiving radiation treatment. She added that she feels overwhelmed by the love and support she has received from her community.

“When one is knocked down, it’s amazing how fast everybody steps up to the plate,” she said. “I am so grateful to each and every one who has supported me through this journey.”

Liptak is especially amazed that the little girl she trained for six years took it upon herself to help her out in her time of need.

“I was just so humbled to know that this 12-year-old girl had gone and taken this upon herself to decide that this is what she wanted to do for her dance teacher.”

The bracelets sell for $5 each. Orders can be sent to Dianne Rumohr’s Facebook.